From "Do the Right Thing" to "Selma" to "Black Panther", Carter’s costume designs have long been defined by their ability to elevate characters too often marginalized. 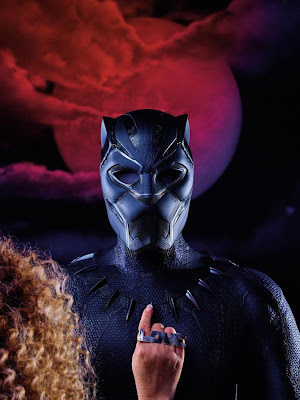 Costume designer Ruth Carter has brought memorably bold and colorful looks to the screen for decades. Carter earned her first credit on Spike Lee’s School Daze in 1988 and has gone on to have a long working relationship with the director. In 2019, she made history as the first Black designer to win an Academy Award for Best Costume Design, for her work on Black Panther. From indie films to Marvel blockbusters, Carter’s work is now the subject of a well-deserved exhibit, Ruth E. Carter: Afrofuturism in Costume Design,  now on view at the Savannah College of Art and Design’s SCAD FASH Museum of Fashion + Film through September 21, 2021.

Bringing together more than 60 costumes from Carter’s career, along with sketches and ephemera, the exhibition also features artwork by Brandon Sadler, a SCAD alum whose murals were featured in Black Panther. Costume exhibits are reliably popular, often attracting a broader audience than the typical museum show, and were it not for the pandemic, the Marvel connection would be sure to bring in long lines of viewers of all ages. Carter’s work across genres gives the exhibit a wide-ranging appeal — there are looks from period pieces, contemporary stories, and stylized fantasies.

The Afrofuturist theme of the exhibit suggests a utopian philosophy to Carter’s work and highlights the often-overlooked political power of costuming. “We are hoping that our visitors will leave the exhibition with an appreciation for the designer as an expert storyteller, who harnesses the power of visual communication to share narratives of culture, race, and politics,” explained Rafael Gomes, SCAD’s Director of Fashion Exhibitions, to Hyperallergic over email. Part of what makes Carter’s work so potent is the way it conveys these lofty goals while maintaining a sense of fun. Her costumes never feel fussy or uptight.

Consider, for instance, the red ensemble worn by Rosie Perez in the opening credits of Do the Right Thing. As she dances to Public Enemy’s “Fight the Power,” her energetic moves combine with the seductive color and formfitting silhouette of her outfit, making the scene impossible to look away from, and setting the tone for the urgency to come. Do the Right Thing remains potent over three decades after its release and its of-the-moment costumes are an essential part of its political messaging. Carter’s costumes never caricature their wearers — her work has long been defined by its playfulness and ability to  elevate characters who are too often marginalized. Radio Raheem’s “LOVE/HATE” rings, simultaneously bits of streetwear pop-art and guiding lights for Do the Right Thing’s philosophy, are the very definition of a statement piece.

When Black Panther was released, it was lauded for its striking representation. Carter’s costumes are a large part of what made this Afrofuturistic world so visceral. The exhibit brings her big-budget designs down to earth, allowing museumgoers a closer look at their sumptuous textures and details influenced by African tribes like the Maasai. Carter’s costumes easily hold their own in the action-packed Marvel Universe, and the exhibit offers a valuable opportunity to appreciate some of the intricate craft that goes into that Hollywood spectacle.

The designer  worked very closely with the SCAD FASH team, and the exhibit, with its geometric setup and pops of color, feels lively and refreshingly unpretentious. From the deliciously garish ’70s-style suiting of Dolemite Is My Name and I’m Gonna Git You Sucka to the more subdued mid-century tailoring of Selma, to name just a few of the films represented, Carter’s work encompasses a broad range of Black stories, and SCAD FASH presents these vital looks with thoughtful and exuberant creativity.