HOW REBECCA SOLNIT, BECAME THE VOICE OF THE RESISTANCE. 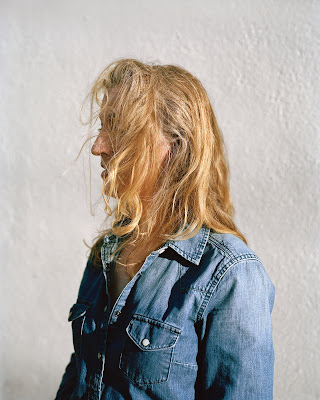 ‘‘There’s something interdisciplinary at best and wildly wandering at worst about how I think,’’ she told me recently over the phone from San Francisco, where she lives and works. ‘‘I am interested in almost everything, and it can sometimes seem like a burden.’’ She cited Virginia Woolf and Henry David Thoreau as the writers most important to her: ‘‘Each of them wrote exquisitely about experiential, immediate encounters with the tangible world but could also be very powerful political polemicists. And the arc of their work describes a space in which you can be both.’’

Those who have been reading her idiosyncratic writing since it was first published, in the mid-1980s, would agree that Solnit’s work is roaming, and would also say that it is rigorous and admirably self-directed in its scope and engrossments. She's written several books about the American West, for example, including 1994’s ‘‘Savage Dreams: A Journey Into the Hidden Wars of the American West’’ and 2003’s ‘‘River of Shadows: Eadweard Muybridge and the Technological Wild West.’’ But in the past few years, Solnit has acquired a new audience — younger, mostly female, more likely to read an article online than in print, and largely unaware of the strangeness or scale of her career.

It began with her 2008 essay ‘‘Men Explain Things to Me,’’ which was born of a now-famous anecdote: In 2003, Solnit was at a party in a chalet above Aspen, Colo., when the host of the party, upon learning that Solnit was an author, insisted on summarizing a book he had read a review of, ignoring her friend’s efforts to inform him that Solnit herself had written it. The essay is credited with inspiring the hashtag-ready term ‘‘mansplaining,’’ which is now used around the world; it’s on T-shirts, on Twitter, in the most casual of conversations. In 2014, Solnit turned ‘‘Men Explain Things to Me’’ into a book, which has, to date, sold about 90,000 copies. In a series of personal but unsentimental essays, she gave succinct shorthand to a familiar female experience that before had gone unarticulated, perhaps even unrecognized. Like Tom Wolfe’s ‘‘radical chic’’ or Nathan Rabin’s ‘‘manic pixie dream girl,’’ ‘‘mansplaining’’ quickly became a term as illuminating as it was descriptive. 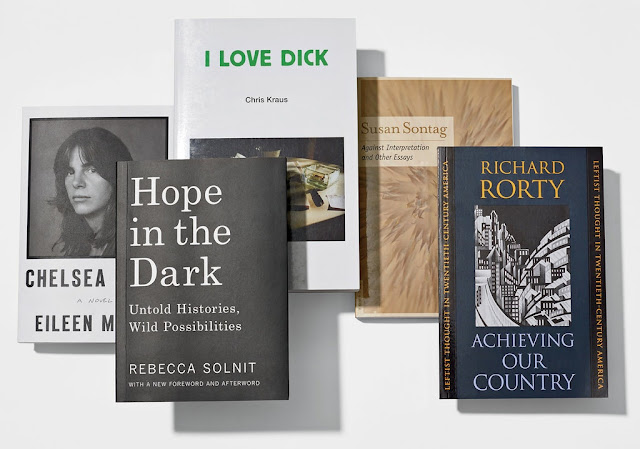 In addition to Solnit, a handful of other writers are being newly celebrated for work written years ago, much of which now seems eerily ahead of its time.Credit...Joshua Scott

Not two years later, Solnit surfaced again, this time as a cultural consoler. In March, 2016, Haymarket Books, her small, nonprofit publisher, reissued ‘‘Hope in the Dark: Untold Histories, Wild Possibilities,’’ which had originally been published in 2004, to relatively little fanfare, as a response to the Bush administration. Part history of progressive success stories, part extended argument for hope as a catalyst for action, the slim book became a kind of bible for people heartbroken by last year’s election outcome. On Nov. 10, 2016, she took to Facebook, opening with the line, ‘‘Got hope? Mine is free to you here,’’ and including a link to a download of the book, an offer that was taken up over 30,000 times in one week. ‘‘Hope in the Dark’’ contains discussion of everything from the Zapatistas to weather forecasting to the fall of the Berlin Wall, and is written in an especially epigrammatic prose that reads like self-help for intellectuals: ‘‘People have always been good at imagining the end of the world, which is much easier to picture than the strange sidelong paths of change in a world without end.’’