The tumultuous personal life of the great tenor Enrico Caruso, as dramatic as any opera, is illuminated by a treasure trove of letters and other documents offered for sale at Christie’s

In 1897, a young and little-known tenor called Enrico turned up at composer Giacomo Puccini’s house to audition. It was for the part of Rodolfo in the latter’s new opera, La Bohème. Puccini initially had low expectations, yet within a few bars of the aria ‘Che gelida manina’ stood converted. He asked the singer, ‘Who sent you to me? God?’ 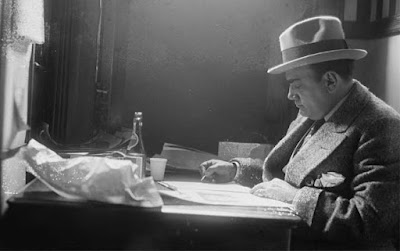 Enrico Caruso would go on to have one of the all-time great opera careers. At the height of his fame, after a performance in New York, the bosses at the Metropolitan Opera simply gave him a blank cheque to fill in. Luciano Pavarotti said that ‘when we tenors talk, we always say Caruso first — and then the others’.

Born in Naples in 1873, Enrico was the third of seven children. The Carusos were poor, and from the age of about 10 he apprenticed as a mechanic. A love of song soon manifested itself, though, and he began singing Neapolitan classics in bars and cafés.

Caruso made his operatic debut in his home town’s Teatro Nuovo in 1895. He would steadily go on to conquer the great opera houses of the world, such as London’s Covent Garden, where he sang for eight seasons between 1902 and 1914, and the Metropolitan across the Atlantic, where he sang on more than 850 occasions, including 17 opening nights (a record only surpassed by Plácido Domingo at the turn of the millennium).

He was blessed with a rich, versatile voice, but what set Caruso apart was the way he combined refinement with passion, mixing the old tradition of bel canto singing with the new trend of verismo.

He was also a beneficiary of fortunate timing, coming of age as he did at the same time as the gramophone. His myriad recordings earned him a mass appeal worldwide, in most cases among listeners who never saw him on stage. His 1902 rendition of the aria ‘Vesti la giubba’ from I Pagliacci  became the first record of any kind to sell a million copies.

Not for nothing is Caruso often called opera’s first superstar.

He also had a personal life as colourful and dramatic as any opera he appeared in. Caruso spent lavishly on homes, clothes, hotel suites, jewellery and a string of lovers. He had two children with the singer Ada Giachetti, before starting a long-term relationship with her sister Rina and ultimately marrying the American heiress Dorothy Park Benjamin in 1918. He died three years later, from pleurisy, aged 48.

‘These letters take us inside Caruso’s mind, as he grew from provincial tenor into the world’s most famous singer’ — Thomas Venning

At the insistence of the Italian king, Victor Emmanuel III, Caruso’s funeral was held at the Basilica di San Francesco di Paola in Naples, an honour usually reserved for royalty.

A huge archive of Caruso’s personal documents is currently being offered at Christie’s for private sale. It includes 282 letters and telegrams sent by him, and 423 sent to him, dating from across his career.

‘These letters tell a gripping story,’ says Thomas Venning, head of Books and Manuscripts at Christie’s in London. ‘They take us inside Caruso’s mind, as he grew from provincial tenor into the world’s most famous singer — as well as bringing us the point of view of those close to him, drawn along by this human whirlwind. He seems to have been on a constant emotional rollercoaster.’

The archive — which also includes a host of Caruso’s financial documents, plus a handful of photographs, newspaper cuttings and court papers — was given by the increasingly infirm singer to his friend Antonino Perrone fu Antonio in May 1921. This was shortly before he left the US for the final time, and three months before his death. Perrone, who lived in Boston, was probably chosen as the recipient because he could be trusted with keeping this highly personal archive out of the public eye.

That he certainly achieved. The documents were unknown to Caruso’s 20th-century biographers, including even his own son, Enrico Jr., when writing 1990’s Enrico Caruso: My Father and My Family. They came to light only in 2014, when offered at auction at Christie’s. Now, in the centenary year of Caruso’s death, they come to the market again.

Below we look at five of the archive’s most revealing letters.

Caruso began a relationship with the soprano Ada Giachetti during the summer season at the Teatro Goldoni in Livorno in 1897. The pair sang together as Violetta and Alfredo in La Traviata, and at that stage she was the more famous, having built up a reputation in Italy’s regional opera houses. Two years on from his debut, Caruso’s career hadn’t quite taken off yet. It’s thought that he and Ada (who had a husband and child) shared lodgings in Livorno and soon started an affair.................

Our pick of this year’s standout exhibitions and openings, from the Grand Egyptian Museum in Giza to Hong Kong’s spectacular new waterfront arts hub 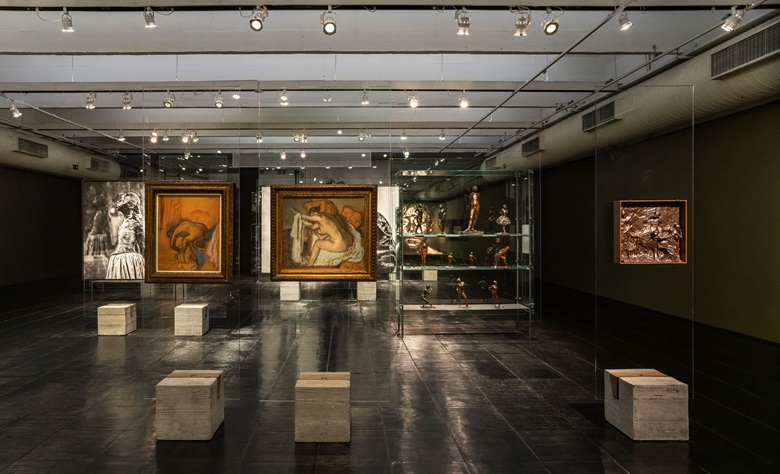 MASP’s latest exhibition is showing all 76 together for the first time in 14 years. The accompanying text pays special attention to the sitter for one of his most famous works, Little Dancer. While the subject is traditionally viewed as a chic young girl, Marie van Goethem was in reality the diligent daughter of a working-class mother striving for social mobility. Marie was later dismissed from the Paris Opéra for missing classes, probably because she was forced into prostitution by her mother — a tragic narrative often overlooked in the history of the artist’s work.

The show also includes a series of photos of Degas’s works in the collection shot by the photographer Sofia Borges. The unnatural angles and hyper-zoomed focuses of the images offer a fresh perspective on what some refer to as ‘the first modern sculptures’.