CLAUDE DEBUSSY BY STEPHEN WALSH REVIEW – A FINE BIOGRAPHY OF A PAINTER IN SOUND AND ANOTHER BOOK, THE CEO WHISPER BY KETS DE VRIES

The French composer was once dismissed as a Romantic or ‘impressionist’ who prioritised mood and feeling. This life digs deep into his innovations 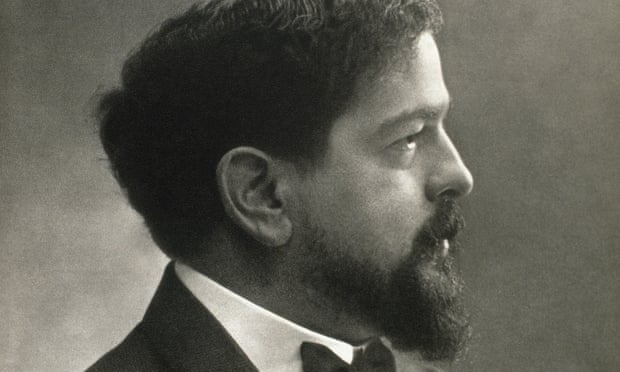 It turns out that Claude Debussy lived exactly as any self-respecting artist should. He drank too much, showed unwise taste in women, never got the hang of money and assumed that anyone who didn’t see music exactly the same way as he did was a duffer. He often thought of taking his own life but it was actually his first wife who pulled the trigger on herself, standing in the Place de la Concorde to make sure everyone noticed. Finally, the great composer died young, or youngish, leaving posterity to speculate about just where his genius would have taken him next.

Don’t imagine, though, that Stephen Walsh’s compelling new biography, published to coincide with the centenary of Debussy’s death, consists simply of one slack anecdote after another. As Walsh himself says in his introduction, the lives of composers are all too often told as if the music were an incidental afterthought to be wedged untidily between stories about bad debts and great parties. Walsh, by contrast, insists on pulling Debussy’s compositions into the heart of this biography, treating them as the essential register of emotional and intellectual existence. Life, on this occasion, finds itself in the novel position of being required to fit around art.

As a sulky Paris Conservatoire student in the 1870s, Debussy had been apprenticed to a tradition in which all the great questions of form and content had been decided at least a century earlier. The boy’s job, as his masters saw it, was to absorb these inherited templates, add his five sous-worth of fancy, before handing them on duly refreshed to the next generation of nimble-fingered prodigies. Debussy, instead, aimed to do nothing less than rebuild music from the bottom up or perhaps, more accurately, from the inside out. He would produce sequences of what he called “colours and rhythmicised time” that expressed his inner vision, rather than ready-made sounds to be crammed into some pre-arranged shape. Form would follow content, even if that meant that the form had no beginning or end, no climax or lull, but instead appeared as an uninterrupted weave held together by its own dense internal logic.

Contemporary critics were quick to call Debussy an impressionist, the musical equivalent of Monet, for the way he prioritised mood, feeling and scene over story and message. Debussy loathed the label, and Walsh agrees that this impulse to slot the composer into an existing grid is ironic, given that his habitual non-compliance is exactly what drove him to strike out for the borders in the first place. All the same, Walsh suggests, that’s no reason to dismiss the more general point that Debussy was, as this book’s subtitle has it, “a painter in sound”, a composer for whom the visual was worked into the very marrow of the music. Debussy’s off-duty hours were spent at the Louvre rather than the Opéra, while at the salon of his great friend, the painter Henry Lerolle, he was most likely to make a beeline for Edgar Degas and Pierre-Auguste Renoir.

Walsh digs deep into Debussy’s innovations to show ‘colours’ that had not been heard, or seen, before in French music

To demonstrate how this painterliness was manifested in the music, Walsh offers a series of close readings of Debussy’s best known pieces, showing sight and sound cross-wired to the point of synaesthesia. For example, he explains how in Nuages the drifting chords, fragmentary melodies and layered (rather than blended) harmonics become rather than describe a high grey sky with a blurred, shifting cloudscape. Elsewhere Walsh digs deep into Debussy’s stylistic advances – the pentatonic scales, the unresolved chords, the eccentric pedalling – to show that the result was a set of “colours” that had not been heard, or seen, before in French music. To follow the argument it helps if you know your chromatic from your whole-tone, although Walsh is careful to keep the really technical stuff to a minimum. Instead he deploys a delightfully fluent prose to carry the general reader along in the right direction.

If Walsh can do small, he can also go large and he finishes his finely tooled biography by squaring up to that old question of whether Debussy represents the end of one musical epoch or the beginning of another. For while the audience at the first night of Pelléas et Mélisande in 1902 might mutter about its radical formlessness and harmonic jumble, the fact is that by the time of the composer’s death 16 years later he was being written off as distinctly old hat. Indeed, for sharp young critics such as Jean Cocteau, Debussy was nothing but an ageing Romantic whose murmurings about nightingales and moonlight seemed to belong to the last gasp of the 19th century. Not until after the next world war did the mists clear and it became once again possible to take the long view. Debussy was no longer regarded as an impressionist, producing washy metaphors of fauns or waves. Rather, the way was clear for him to be restored to his proper place as a sonic modernist, whose music not only made its own meaning but also pointed the way ahead for the next 100 years. 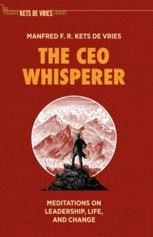 Meditations on Leadership, Life, and Change

At this critical junction in the history of humankind, leaders that are proficient in magical thinking aren’t going to solve our problems. Creating alternative realities is not the answer. We need a very different kind of leadership—leaders who can resist the calls of regression and whose outlook is firmly based in reality. We need leaders who analyze and draw conclusions from, or use their own experiences as a development tool, face their strengths and weaknesses, and critique their own experiences in order to build new understandings. In this very personal and entertaining book, Manfred Kets de Vries, one of the “gurus” in the field of leadership studies offers his thoughts on leadership and life, reflections written for executives and the people who deal with them. As a psychoanalyst and leadership professor let loose in the world of renowned global organizations—as a passionate educator and scholar, or just a human being at the receiving end of heart-rending emails—he examines the pitfalls of leadership and the challenges for the professionals who work with senior executives in today’s AI-focused world. He points out why leaders can derail, and what steps they can take to prevent this from happening. Ultimately, this book encourages you to “Know yourself,” but makes no bones about the challenge it represents. Understanding our “inner theatre” will always be an uphill struggle. Kets de Vries points out why deep dives into our inner world are always fraught with many anxieties. Included in the many subjects covered by the author are the loneliness of command, the management of disappointment, the destructive role of greed, the impact of stubbornness, the role of storytelling, the importance of wellness, and the role of corporate culture. In addition, the book addresses the important topic of how to create great teams and best places to work. Furthermore, the book touches on endings– the ending of our career and the growing realization of the inevitable ending of our life. As time grows short, Kets de Vries emphasizes that we have no time to lose in dealing with our anxieties, regrets, and the things we spend much of our life determined not to see. Taking a deep dive into self-knowledge requires courage and support, and he is here to guide you through it.