A DOCUMENTARY ABOUT HOW WE GOT, HOW WE GOT TO SESAME STREET "STREET GANG" IS AN INSIGHTFUL STORY ON THE ART OF BREAKING GROUND. 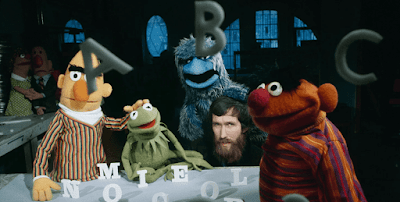 In 1966, television producer Joan Ganz Cooney and psychologist Lloyd Morrisett were thinking of how they could harness the power of the “boob tube” to bridge socioeconomic gaps in children’s education. American youth were spending half of their waking hours glued to their television screens, memorizing Budweiser jingles and product labels. Why couldn’t they receive lessons on the alphabet and numbers the same way? With the help of brilliant minds like Jim Henson and Jon Stone, the duo’s brainstorming resulted in the beloved series Sesame Street, the subject of the new documentary Street Gang: How We Got To Sesame Street.

Directed by Marilyn Agrelo, the film is a charming behind-the-scenes look at the meticulous world-building of the iconic children’s program, and the challenges that came with depicting a diverse, nondiscriminatory society at the end of the civil rights era. Some subjects, like the hiring and firing of Black cast member Matt Robinson (who for a few years played Gordon Robinson) or Mississippi Public Television’s shelving of the show, feel like they warrant further exploration and detail. Nonetheless, the retelling of these events combined with lighter, pleasantly surprising moments about the show’s creative forces make for an insightful story on the art of breaking ground.