BOTTICELLI ARTIST AND DESIGNER. AT THE MUSEE-JACQUEMART-ANDRE 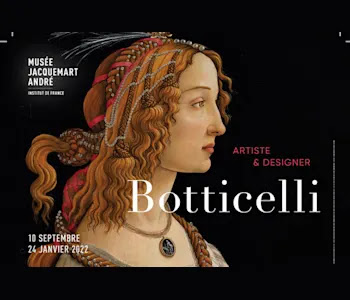 In the autumn 2021, the Musée Jacquemart-André will celebrate the creative genius of Sandro Botticelli (1445-1510) and the activity of his workshop, by exhibiting around forty works by the master, along with several paintings by his contemporaries, who were greatly influenced by him. Botticelli was one of the greatest artists in Florence, and his career attests to the economic development and profound changes that transformed the rule of the Medicis.

Botticelli is undoubtedly one of the most well-known Renaissance artists in Italy despite the fact that his life and the activity in his wirkshop remain something of a mystery. He consistently alternated between the production of one-off paintings and works issued in series, completed by his assistants.

The exhibition will show Botticelli’s workshop strategy, laboratory of ideas as well as a place of artistic training, characteristic of the Italian Renaissance. It will present Botticelli in his role as a creative artist and also as a entrepreneur and master (capobottega).

Arranged in a chronological and thematic order, the exhibition will illustrate Botticelli’s personal stylistic development, the connections between his work and his milieu, and his influence on his fellow artists. 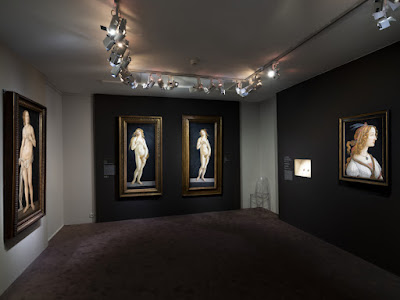 The exhibition will presenting a selection of masterpieces from prestigious institutions such as the Louvre, the National Gallery in London, the Rijksmuseum in Amsterdam, the Vatican museums and Vatican Library, the Uffizi, the Galleria Sabauda in Turin, the Galleria dell’Accademia and the Bargello National Museum in Florence, the Gemäldegalerie in Berlin, the Alte Pinakothek in Munich and the Städel Museum in Frankfurt.

With the support of Natixis, major sponsor of the exhibition