This week, the world’s largest black diamond, Francis Ford Coppola is spending $120M of his own money to make a film, post-colonialism in the post-Soviet space, Ikea’s quest for the last of Europe’s old growth forests, and more. 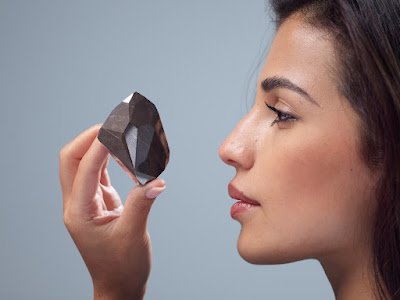 Francis Ford Coppola is spending $120M of his own money to make a film he says no one wants to make. Zach Baron has the story for GQ:

It is a film called Megalopolis, and Coppola has been trying to make it, intermittently, for more than 40 years. If I could summarize the plot for you in a concise way, I would, but I can’t, because Coppola can’t either. Ask him. “It’s very simple,” he’ll say. “The premise of Megalopolis? Well, it’s basically… I would ask you a question, first of all: Do you know much about utopia?”

The best I can do, after literally hours talking about it with him, is this: It’s a love story that is also a philosophical investigation of the nature of man; it’s set in New York, but a New York steeped in echoes of ancient Rome; its scale and ambition are vast enough that Coppola has estimated that it will cost $120 million to make. What he dreams about, he said, is creating something like It’s a Wonderful Life—a movie everyone goes to see, once a year, forever. “On New Year’s, instead of talking about the fact that you’re going to give up carbohydrates, I’d like this one question to be discussed, which is: Is the society we live in the only one available to us? And discuss it.”

For the New Yorker, Kyle Chayka considers the term “can’t stop thinking about this,” which is prevalent online, and what it might actually mean:

It was in the field of architecture that “I can’t stop thinking about this” fully revealed its absurdity. Since joining Twitter, in 2019, Michael Nicholas, an editor at the Web site Failed Architecture, had noticed that random photographs of buildings always seemed to blow up in tweets when appended with the magic phrase. “You can Google ‘interesting architecture’ or ‘weird buildings’ and plug one of those pictures into a formula, without any knowledge of what you’re doing, to predictably go viral,” Nicholas told me. Photos of “Neo-Andean” buildings by the Bolivian architect Freddy Mamani—which have brightly colored and intricately patterned façades, mingling glass and steel with indigenous vernacular—worked particularly well. (The source of their international popularity may be a book published in 2016 that is beloved by design blogs.) “I can’t stop thinking about this” both signalled importance and decontextualized the imagery. “I imagine the social-media-trained subconscious saying, ‘This person is obsessed with this, so it must have some profound meaning attached,’ ” Nicholas said.

A segment of Architecture Twitter turned the phrase into a joke, albeit one that often worked too well to be recognized as such. Ironic tweets professing a newfound obsession with Neo-Andean architecture spread every few months. At one point, in 2021, Nicholas and other architecture commentators deployed the format satirically en masse, applying it to increasingly random structures. Nicholas tried it with a few architecturally significant department stores and hit nearly five thousand “like”s. The joke was not only about the phrase’s omnipresence but about how it seemed to vacuum away all information, leaving only the superficially eye-catching imagery. One tweeter claimed to be unable to stop thinking about the picnic-basket-shaped former headquarters of the Longaberger Company—which he labelled, jokingly, “vernacular Ohio architecture.” Obsession so commonplace renders objects meaningless, as just another ephemeral fragment of sourceless and destination-less media.

In light of the John Comaroff harassment controversy at Harvard, Sean Jacobs writes about the hierarchies of academia and the role of silencing:

This case shines an unflattering light on the star system in academia and the role of patronage networks. As two studies (here and here) posted online last week showed, the Comaroffs do much to control and shape the field of cultural anthropology and place their students in jobs in departments all over the world. To speak out against them is to risk being locked out of those networks.

In my own initial reaction, angry that the focus was shifting from sexual harassment to the question of whiteness in African Studies, I wrote on Twitter that the scandal was about power—that it was about powerful people defending their ranks. My argument was that prominent black Africans like Olupona, Mugane, and Jeyifo had signed the Harvard letter and that the signatories also included people who aren’t in African Studies and aren’t white (like Gates, Kincaid, Evelyn Higginbotham, Randall Kennedy, Sheila, and Maya Jasanoff). If I wanted to, I could have added that most of these people would be insulted to be accused of furthering the cause of whiteness and white supremacy.

Anna Engelhardt considers decolonization in the post-Soviet context for Strelka Mag. She has some fascinating points, though overall it feels like a question that is still being worked out. She writes:

One of the points from post-colonial theory that resonates with post-Soviet space questions the limits of the “post-Soviet” or “post-communist” itself. Arjun Appadurai, a post-colonial scholar of globalization, who is of Indian origin, outlines the West’s “endless preoccupation” with itself. Chernetsky adds to Appadurai’s statement: “whether positive or negative value judgments are attached,” meaning that Western scholars tend to either praise the West or criticize it, but never speak about other geographies and contexts—so the West will always remain the center of attention. Looking at Soviet modernization and its consequences, we see a similar preoccupation.

Romania is home to 60% of Europe’s remaining old growth forest and Ikea is the country’s largest landowner. Then there’s the fact that logging opponents keep getting attacked or killed, so what exactly is happening? Alex Sammon reports for the New Republic:

But the fall of communism in 1989 dissolved one layer of protection for those forests, and the subsequent wave of privatization inaugurated widespread corruption. In 2007, Romania’s entry to the European Union created a massive, liberated market for the country’s cheap, abundant timber and the inexpensive labor required to extract it, conditions that encouraged Austrian timber companies and Swedish furniture firms to set up shop. Succeeding fractious, ineffectual regimes enacted further pro-market reforms and did little to curb corruption; in the final months of 2021, the country’s prime minister designate found himself unable to form a government at all. Add to that the astronomical growth of the fast furniture industry, which particularly relies on the spruce and beech that populate these forests, and the result has been a delirium of deforestation.

There’s one obvious, notable beneficiary of this situation: Ikea. The company is now the largest individual consumer of wood in the world, its appetite growing by two million trees a year. According to some estimates, it sources up to 10 percent of its wood from the relatively small country of Romania, and has long enjoyed relationships with mills and manufacturers in the region. In 2015, it began buying up forestland in bulk; within months it became, and remains, Romania’s largest private landowner.

The last speaker of Chile’s indigenous Yaghan language has died at the age of 93:

Calderon, known locally as “Grandma Cristina,” was recognized in 2009 by the Chilean government as a “living human treasure” for her work in preserving a culture at risk of extinction.

Until near the end of her long life, she spent her days making traditional reed baskets and other handicrafts, and imparting the language and culture of her people to her descendents.

The melodic Yaghan language has no written form.

“I’m the last speaker of Yaghan. Others can understand it but don’t speak it or know it like I do,” Calderon told journalists in 2017 in Villa Ukika, where the last few dozen of her people live.