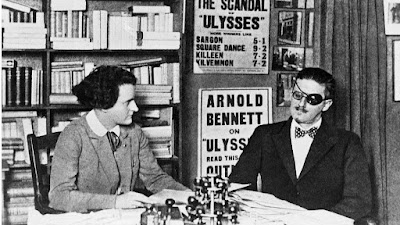 In the spring of 1921, Paris bookseller Sylvia Beach boasted about her plans to publish a novel she deemed a masterpiece that would be "ranked among the classics in English literature".

"Ulysses is going to make my place famous," she wrote of James Joyce's acclaimed and challenging novel, written over seven years in three cities depicting the events of a single day in Dublin.

Stylistically dense in parts, it tells the stories of three central characters - Stephen Dedalus, Leopold Bloom and his wife, Molly - and is now celebrated as one of the world's most influential texts.

TS Eliot, writing in 1923, believed Ulysses was "the most important expression which the present age has found".

But the path to publication was not a smooth one. The novel sparked controversy and was greeted with revulsion by many - even among some in the literary community.

Parts had been serialised by US magazine Little Review in 1920, resulting in an obscenity trial that concluded with the editors being fined and ordered to cease further publication. It was also censured in Great Britain.

Beach, the owner of Shakespeare & Company on the Rue Dupuytren, was determined to have it published in book form, which she did, bankrolled in part by her own money on the promise of subscribers.

Writing about the task at the time, she said she had to "put every single centime aside to pay" the book's printer.

Prof Keri Walsh, director of the Institute of Irish Studies at New York's Fordham University, says Beach's decision to publish turned her into a "culture-hero of the avant-garde".

"There was a sense that people knew that this was going to be one of the defining books of modernism, so she understood that she would assure her own place in literary history by being the publisher of it," Prof Walsh tells BBC News NI.

Joyce and Beach first met in 1920, not long after he moved to Paris.

He had long left Ireland in self-imposed exile, living in Trieste, Zurich and the French capital.

"Joyce was very tired at this point. He had spent so much time fighting to finish Ulysses, and get through [World War One] and survive, he felt she could provide some sort of stability and support for him and his family," she adds.

"She was much more than a publisher - a banker, agent, administrator, friend of the family. For a very long time that relationship worked well."

But following disputes over publishing rights, the relationship between Joyce and Beach soured and the latter ultimately ceded the novel's rights, writes Prof Walsh in The Letters of Sylvia Beach.................