BOOK: “THE AMUR RIVER: BETWEEN RUSSIA AND CHINA” BY COLIN THUBRON AND, THE WIENER HOLOCAUST LIBRARY 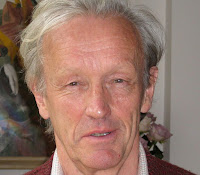 There are, in a very general sense, two kinds of travel memoir. In the first, writers take you on a journey somewhere they know very well. They share with you their deep understanding of the place—its people, its history and its geography. The authors’ physical journey is for the most part a literary scaffold upon which they hang their knowledge and expertise. In the second kind of travel memoir, the author is a direct proxy for the reader: as clueless and naïve as you—though perhaps a little braver—embarking together on the journey from the same starting point. You see new experiences and sights through the author’s eyes, and slowly develop the ability to interpret and understand these new surroundings.

The Amur River by Colin Thubron is an interesting mix of these two. The book records Thubron’s travels east to west following the course of the Amur River that for centuries marked the border between northern China and Russian Siberia. Thubron has a strong familiarity with Russia and its people. He speaks conversational Russian and appreciates the changing fortunes of the country and its people, having returned to the country often over several decades. However, although he has spent some time in China in the past, for him China is still a foreign place. Thubron’s interactions with China and its people share the same quizzical attitude to the country as those of the Russians he encounters. 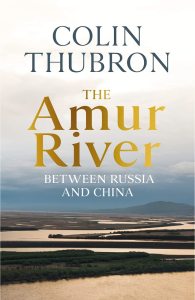 Travel books which rely too heavily on one conceit (the “Bombay to Beijing on a bicycle” model) often lack depth, but Thubron’s decision to follow the trail of the Amur is no mere gimmick. The book is more the story of the river and its people, with the author’s travels woven into the story, rather than a justification for the writer’s travels. The fact that the Amur has long served as a boundary between Russia and China provides a unique lens through which to explore their relationship. As Thubron notes early in the book,.............