Interwoven Globe
The Worldwide Textile Trade,
1500–1800
September 16, 2013–January 5, 2014
Gallery 899
Interwoven Globe: The Worldwide Textile Trade, 1500–1800 is the first major exhibition to explore the international transmittal of design from the sixteenth to the early nineteenth century through the medium of textiles. It highlights an important design story that has never before been told from a truly global perspective.
The exhibition features 134 works, about two-thirds of which are drawn from the Metropolitan Museum's own rich, encyclopedic collection. These objects are augmented by important domestic and international loans in order to make worldwide visual connections. Works from the Metropolitan are from the following departments: American Decorative Arts, Asian Art, Islamic Art, European Sculpture and Decorative Arts, The Costume Institute, European Paintings, Drawings and Prints, and Arts of Africa, Oceania, and the Americas. They include numerous flat textiles (lengths of fabric, curtains, wall hangings, bedcovers), tapestries, costumes, church vestments, pieces of seating furniture, and paintings and drawings.

In the ancient world, the Korean kingdom of Silla (57 B.C.–A.D. 935) was renowned as a country of gold. Through over 100 spectacular objects created between A.D. 400 and 800—Silla's seminal period—the landmark exhibition Silla: Korea's Golden Kingdom presents the remarkable artistic achievements of a small kingdom that rose to prominence, embraced cosmopolitanism, and eventually gained control over much of the Korean peninsula. The exhibition is the first in the West to focus exclusively on the arts of Silla. Among the highlights are exquisite regalia discovered from the tombs of royalty and the elite; unique treasures made in places between China and the Mediterranean and preserved in Korea; and Buddhist icons and reliquaries reinterpreting pan-Asian styles with native aesthetics.
See a slideshow of works on view.
The exhibition features several designated National Treasures and many works with few parallels outside of Korea, including a graceful and charming gilt-bronze sculpture of a bodhisattva in pensive pose, known as National Treasure 83. 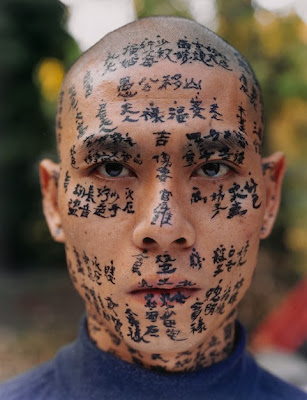 Ink Art: Past as Present in Contemporary China

Galleries 206–220
The first major exhibition of Chinese contemporary art ever mounted by the Metropolitan, Ink Art explores how contemporary works from a non-Western culture may be displayed in an encyclopedic art museum. Presented in the Museum's permanent galleries for Chinese art, the exhibition features artworks that may best be understood as part of the continuum of China's traditional culture. These works may also be appreciated from the perspective of global art, but by examining them through the lens of Chinese historical artistic paradigms, layers of meaning and cultural significance that might otherwise go unnoticed are revealed. Ultimately, both points of view contribute to a more enriched understanding of these artists' creative processes.
For more than two millennia, ink has been the principal medium of painting and calligraphy in China. Since the early twentieth century, however, the primacy of the "ink art" tradition has increasingly been challenged by new media and practices introduced from the West. Ink Art examines the creative output of a selection of Chinese artists from the 1980s to the present who have fundamentally altered inherited Chinese tradition while maintaining an underlying identification with the expressive language of the culture's past.
Featuring some seventy works by thirty-five artists in various media—paintings, calligraphy, photographs, woodblock prints, video, and sculpture—created during the past three decades, the exhibition is organized thematically into four parts: The Written Word, New Landscapes, Abstraction, and Beyond the Brush. Although all of the artists have challenged, subverted, or otherwise transformed their sources through new modes of expression, Ink Art seeks to demonstrate that China's ancient pattern of seeking cultural renewal through the reinterpretation of past models remains a viable creative path. 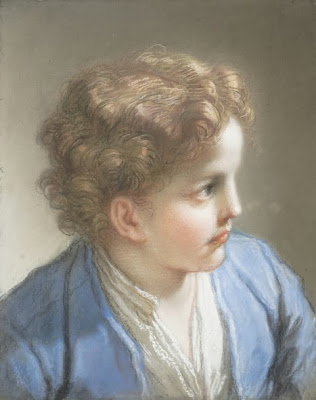 Gallery 624
With the 1929 bequest of Mrs. H. O. Havemeyer, the Metropolitan Museum acquired its first pastels—about twenty nineteenth-century works by Mary Cassatt, Edgar Degas, and Édouard Manet. For forty years, they were shown with our European and American paintings. It was not until 1956 that we were bequeathed a pastel by Jean Pillement (1728–1808). Between 1961 and 1975 we acquired a small group of works by John Russell (1745–1806), and there the matter stood until 2002, when the Metropolitan bought a pastel by the Venetian artist Rosalba Carriera (1673–1757). Since then we have purchased nearly a dozen others by Italian, French, British, German, and Danish artists. Most are portraits, and they are exhibited here with two vivid seascapes by Pillement from a private collection. Pastels are made from powdery substances that are fragile and subject to fading. In accordance with modern museum practice, they are exhibited in very low light or rotated to ensure their long-term preservation. This display is therefore a temporary extension of the new installation in the adjoining galleries for European Old Master paintings.
Described by the great Salon critic and encyclopedist Dennis Diderot as no more than dust, pastel owes it distinctive velvety quality to its powdery surface, which reflects diffuse scattered light. Consisting of finely ground pigment and a white mineral extender moistened with a minute quantity of binder (such as oatmeal whey, mineral spirits, and gum tragacanth) rolled into sticks of color, pastels are made in a progression of tints and shades. Pastelists kept hundreds of such crayons on hand. The popularity of pastel—especially for portraiture—swept across Europe and Britain in the eighteenth century. Unlike today, such compositions were regarded as paintings. They were executed in vibrant colors on paper mounted on a wood strainer, elaborately framed with costly glass and on an intimate scale that suited the refined living spaces of the aristocracy and the haute bourgeoisie. These works have retained their original brilliance because the pastel medium does not contain resins and the surfaces of works in pastel were never varnished and rarely fixed, thereby precluding the darkening or yellowing that so often alters the hues of paintings in oil.