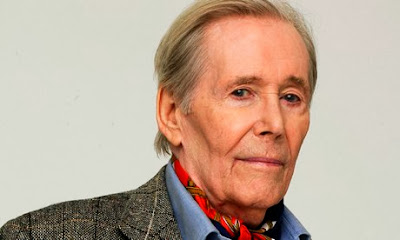 Peter O'Toole in 2006: he received his eighth Oscar nomination the following year for his role in the film Venus. Photograph: Nigel Parry/AP

The actor Peter O'Toole, who found stardom in David Lean's masterpiece Lawrence of Arabia, has died aged 81, his agent has said.
The acclaimed leading man who overcame stomach cancer in the 1970s passed away on Saturday at the Wellington hospital in London following a long illness, Steve Kenis said.
O'Toole announced last year he was stopping acting saying: "I bid the profession a dry-eyed and profoundly grateful farewell."
He said his career on stage and screen fulfilled him emotionally and financially, bringing him together "with fine people, good companions with whom I've shared the inevitable lot of all actors: flops and hits."
Early in his career O'Toole became emblematic of a new breed of hard-drinking Hollywood hellraiser.
"We heralded the '60s," he once said. "Me, [Richard] Burton, Richard Harris; we did in public what everyone else did in private then, and does for show now. We drank in public, we knew about pot."
Last month it was reported he had been coaxed out of retirement to act in a film about ancient Rome called Katherine of Alexandria in which he would play Cornelius Gallus, a palace orator.
O'Toole is believed to have been born in Connemara in County Galway in Ireland, and lived in London. He shot to stardom in the 1962 film of TE Lawrence's life story and went on to star in Goodbye Mr Chips, The Ruling Class, The Stunt Man and My Favourite Year. He received an honorary Oscar in 2003 after receiving eight nominations and no wins - an unassailed record.
He is survived by his two daughters, Pat and Kate O'Toole, from his marriage to actress Siân Phillips, and his son, Lorcan O'Toole, by Karen Brown.