ANOUSHKA SHANKAR TAKES ON THE REFUGEE CRISIS WITH HER NEW ALBUM 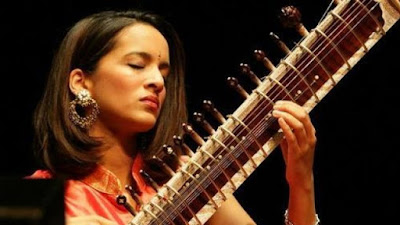 Five-time Grammy nominated sitarist Anoushka Shankar performes from her new album 'Land of Gold' at the Chan Centre in Vancouver on Friday. (Twitter/@ShankarAnoushka)

The album, which she describes as her strongest to date, is dedicated to the plight of refugees worldwide.
"What I was seeing was what I was writing about," said Shankar Friday during an interview with guest host Stephen Quinn on CBC's The Early Edition.
The daughter of the late sitar virtuoso and composer Ravi Shankarsays every song on the album was influenced by the heartbreak she felt from the crisis.
"Every song is about some aspect of what I was either imagining people were going through or it was my response to what people were going through," she said.

The album features prominent female artists including M.I.A., Alev Lenz and actress and activist Vanessa Redgrave.
Shankar takes the stage tonight with her main collaborator on the album, Manu Delago on percussion, Tom Farmer on acoustic bass and piano, and her father's disciple, Sanjeev Shankar, on the shehnai.