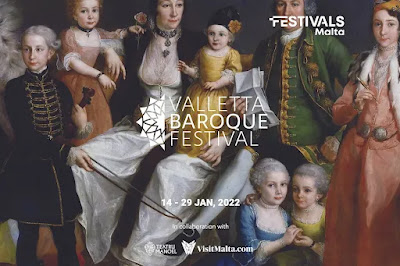 The Valletta Baroque Festival has always been one of Europe’s most prestigious festival, known for its eclectic programme of early 17th and 18th century music. Next year, the festival will be celebrating its decennial edition, now under the auspices of Festivals Malta, the cultural agency responsible for a diverse portfolio of festivals including Carnival, the Malta Jazz Festival, the Malta International Arts Festival, Notte Bianca and Mużika Mużika, among others.

This year, the festival will include a total of 36 concerts held in 18 different venues throughout Malta. Festivals Malta CEO, Annabelle Stivala, commented that the concerts will be held just over a period of two weeks, making it “a very intense but ultimately rewarding programme”.

Kenneth Zammit Tabona, Artistic Director of the Valletta Baroque Festival, explains that while Baroque music was initially not as popular and central among local audiences, the festival gradually flourished and now attracts a vast number of patrons both local and foreign.

The programme is set to include a variety of performances, including Handel’s Water Music, Vivaldi’s Four Seasons for organ, Preludes and Moogs by Art of Moog, and the Handel’s opera Aci, Galatea and Polifemo among others.

The festival also features performances by the Valletta Baroque Ensemble and the Monteverdi.

More information about the Valletta Baroque Festival can be found on