THE NEOFASCIST NETWORK: MADRID, 1945–1953: FROM CITY OF REFUGE TO TRANSNATIONAL HUB AND CENTRE OF OPERATIONS

In the years immediately after the end of the Second World War, Madrid became a hub of neofascist activism. Between 1945 and 1953, scores of former fascists flocked to the Spanish capital; initially, they were just looking for a haven in their escape from Allied justice. As time went by and Allied pressure relaxed, they began to realise that Madrid could be used as a centre of operations, an arena in which it was possible to reunite and reflect upon potential changes to their ideology and upon new tactics in light of the new international situation. The existence of Madrid, and cities like Madrid such as Buenos Aires, Rome or Cairo, thus first provided a safe space and then later headquarters from which to plan future actions. Both are essential aspects to understand the emergence of neofascism after 1945. 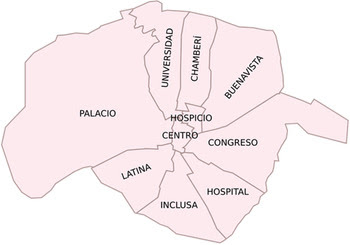 The transformation of the Spanish capital into a neofascist hub, though, did not happen overnight. In 1939 Madrid was still seen by many in Europe as a symbol for the antifascist struggle. However, this image started to change after 1945 with the creation of the first ratlines to help prominent fascists escape from Allied prosecution. In that context, Madrid would become a nodal point in the journeys of these people to South America and the Middle East. Specifically, the Spanish capital hosted at least three major ratlines aimed at granting safe passage, and even though most of these people did not stay in Madrid for long, the relatively small space they shared facilitated frequent moments of interaction, which in turn laid the ground for the creation of an active transnational community.

But it was not just a matter of being safe. The capital of the Francoist regime attracted former fascists for a variety of additional reasons, both pragmatic and ideological. In pragmatic terms, it appeared as one of the most suitable spaces to settle after 1945. The contacts with the highest echelons of the Francoist regime facilitated the obtaining of residence permits, and also gave the possibility to create new businesses from which to launch trade and financial operations. To be sure, Madrid was a good place for former fascists to make a living. In ideological terms, the Francoist regime had a deeper ideological appeal, and offered an alternative to the liberal world order with its authoritarian nationalism. Madrid also appeared as an ideal location from a geostrategic position. It was a place where neofascists from all over the world could exchange ideas and put them into practice under the protection of the Francoist regime, as well as a meeting point between different groups of right-wing extremists from Northern Europe, Southern Europe, South America and the Middle East.

The outcome of all these interactions within Madrid was the creation of a highly fluid exile community, composed of far-right activists with various backgrounds, motivations and strategies. As Pierre Daye described: ‘The small group of political refugees in Madrid was constantly forming, deforming, reforming itself.’Footnote92 However, and despite the changes and eventual disagreements, the members of the community were generally keen on exchanging knowledge and cooperating, thus becoming an important node of the wider transnational neofascist network. In the streets around the centre of Madrid, right-wing extremists mingled, liaised and engaged with each other. They discussed the past, the present and the future of Europe, re-assessing their experiences of the interwar period. In doing so, they recognised the extent to which their vision had been discredited by the events of the Second World War, as well as the dramatic loss of the historical climate which had produced fascism and its marginalisation within their political cultures alongside the loss of its mass base. However, not everything was lost. As Leon Degrelle wrote:

There will be, as you will see, a wonderful job to be done. I feel this with every fibre of my being. And these years of war will have allowed us to ‘live Europe’ in an admirable way. Now we can reflect upon it, now we can make it clear. In two, three, five years, the decisive hour will come. Now we have the experience. And after this recapitulative retreat, we will return to action when all the others are tired and worn out.Footnote93

The ensuing remapping of the neofascist political geography, and their own position in the global anti-communist struggle, made these activists reconceptualise their movement as part of the global revolt against communism, the European integration process, as well as parliamentary democracy, something which would be crucial for neofascism in the 1960s and 1970s.