THE MOST EXCITING EXHIBITIONS AROUND THE WORLD IN 2022 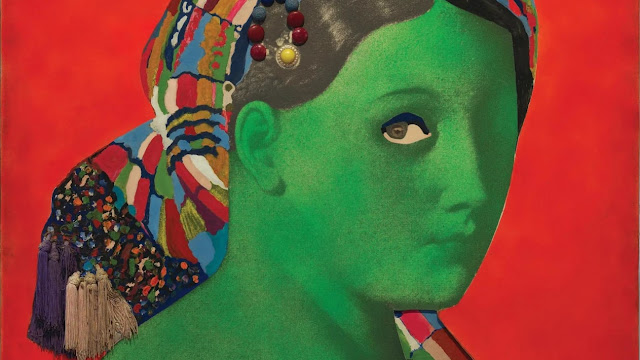 This article was originally published by The Art Newspaper, an editorial partner of CNN Style.

This year's must-see exhibitions include the return of the Venice Biennale and Documenta, blockbuster shows of Donatello and Cézanne, and a sculpture festival for the Qatar World Cup. Because of the ongoing Covid-19 pandemic, please check exhibitions are going ahead before you travel.

Six decades ago, the first fashion show under the Yves Saint Laurent (YSL) name hit the runway. To celebrate this milestone, six Parisian museums where the French designer sought inspiration have collaborated on a city-spanning exhibition. Each will pair YSL creations with works by artists including Mondrian, Picasso, Matisse, Bonnard and Dufy. For example, at the Musée d'Art Moderne de Paris, next to Dufy's "La Fée Electricité" ("The Electricity Fairy," 1937) will stand three spectacular silk dresses, while the Musée d'Orsay will focus on his fascination with Marcel Proust, which probably inspired Saint Laurent's Le Smoking, the first tuxedo for women. Meanwhile, the Musée National Picasso will explain how influential the Spanish master was on Saint Laurent, from the fashion designer's tribute to Picasso's "Ballets Russes" sets and costumes (1976) to his 1988 Cubist collection. -Sarah Belmont

"The World of Stonehenge"

Constructed more than four millennia ago, Stonehenge is one of the most famous yet mysterious monuments in the world. Who were the people who built it and inhabited prehistoric Britain? "The World of Stonehenge" will show they were more developed than is widely thought, with established trade links to mainland Europe. One of the undoubted highlights of the show will be the 3,600-year-old Nebra Sky Disc, the oldest existing depiction of the cosmos, which was discovered in present-day Germany and will be exhibited in the UK for the first time. -José da Silva

This is the first retrospective of the pioneering American artist Faith Ringgold in her hometown of New York. The exhibition will span six decades of the 91-year-old artist's prolific career, from works created in response to the civil rights era, to autobiographical pieces that tell stories of the Harlem Renaissance. -Gabriella Angeleti

In his own time, the 15th-century Florentine sculptor Donatello was regarded as "the master of masters." Despite this, there has been no major exhibition devoted to the sculptor's work for nearly 40 years. That is set to change in March when a sweeping survey of Donatello's work opens in Florence at Palazzo Strozzi and at the nearby Museo Nazionale del Bargello, which houses the most important collection of works by the sculptor, including "David" (circa 1440). Smaller incarnations of the show will be seen at the Gemäldegalerie in Berlin in September and the Victoria and Albert Museum in London next year. -Cristina Ruiz...........................