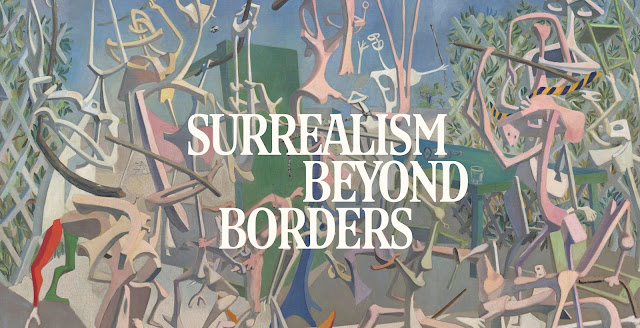 A telephone receiver that morphs into a lobster. A miniature train that rushes from a fireplace.

These are just a few of the familiar images associated with Surrealism, a revolutionary idea sparked in Paris around 1924 that asserted the unconscious and dreams over the familiar and every day. While Surrealism could generate often poetic and even humorous works, it was also taken up as a far more serious weapon in the struggle for political, social, and personal freedom, and by many more artists around the world.

Nearly from its inception, Surrealism has had an international scope, but knowledge of the movement has been formed primarily through a Western European focus. This exhibition reconsiders the true “movement” of Surrealism across boundaries of geography and chronology—and within networks that span Eastern Europe to the Caribbean, Asia to North Africa, and Australia to Latin America. Including almost eight decades of work produced across 45 countries, Surrealism Beyond Borders offers a fresh appraisal of these collective concerns and exchanges—as well as historical, national, and local distinctions—that will recast appreciation of this most revolutionary and globe-spanning movement.