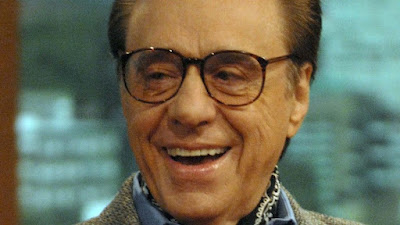 Peter Bogdanovich, the US film director known for films such The Last Picture Show and Paper Moon has died aged 82, his agent confirmed on Thursday.

The New Yorker's work became synonymous with the New Hollywood of the 1970s.

His coming-of-age drama, 1971's The Last Picture Show, which he also co-wrote, earned him eight Oscar nominations including best director.

The film, set in a Texas town, had an ensemble cast of rising stars including Jeff Bridges and Cybill Shepherd.

In 2014, he returned with his first movie in 13 years. She's Funny that Way, starring Owen Wilson and Imogen Poots, was "a celebration of old Hollywood", wrote BBC Culture's Nicholas Barber at the time.

Bogdanovich also starred on the small screen, appearing on HBO's The Sopranos where he played the role of a psychotherapist.

Born in 1939, Bogdanovich became interested in cinema from an early age.

Between the ages of 12 and 30, he kept a record of every film he watched along with a small review on an index card.

As a teenager, he attended acting school and upon leaving took up small roles in theatre and on television, the New York Times reports.

Bogdanovich is survived by his two children.

Francis Ford Coppola, director of The Godfather, released a statement to Deadline to say he was "devastated" by the news.

"May he sleep in bliss for eternity, enjoying the thrill of our applause forever", he said.

Guillermo del Toro, the director of Pan's Labyrinth, tweeted: "He was a dear friend and a champion of Cinema... He single-handedly interviewed and enshrined the lives and work of more classic filmmakers than almost anyone else in his generation."

Sidney Poitier, the first black man to win a best actor Oscar, has died at 94.

The Hollywood star's death was confirmed to the BBC by the office of Fred Mitchell, the Bahamas' minister of foreign affairs.

Poitier was a trailblazing actor and a respected humanitarian and diplomat. He won the Academy Award for best actor for Lilies of the Field in 1963.

US broadcaster and journalist Oprah Winfrey said he "had an enormous soul I will forever cherish".

Born in Miami, he grew up on a tomato farm in the Bahamas and moved to New York aged 16.

He signed up for a short stint in the army and did several odd jobs while taking acting lessons, en route to becoming a star of the stage and screen in the 1950s and 60s.

Poitier broke racial barriers in Hollywood. His appearance in The Defiant Ones in 1958 earned him his first Oscar nomination - in itself an historic achievement for a black man in a lead category at the time.

Five years later he went one better, taking the glory for Lilies of the Field, in which he played a handyman who helps German nuns to build a chapel in the desert.

The actor was a regular on the big screen at a time of racial segregation in the US, appearing in a Patch of Blue in 1965, and then Heat of the Night the year after, followed by Guess Who's Coming to Dinner, playing a black man with a white fiancée.

In Heat of the Night he portrayed Virgil Tibbs, a black police officer confronting racism during a murder investigation.

His other classic films included A Patch of Blue, The Blackboard Jungle and A Raisin in the Sun, which he also performed on Broadway.

He went on to direct a raft of films, and a Broadway play about life and career was announced last month.