AFTER HEAVY BIDDING, A BRANCUSI HEAD SELLS FOR $57.4 MILLION AT CHRISTIE’S

By SCOTT REYBURN and ROBIN POGREBIN 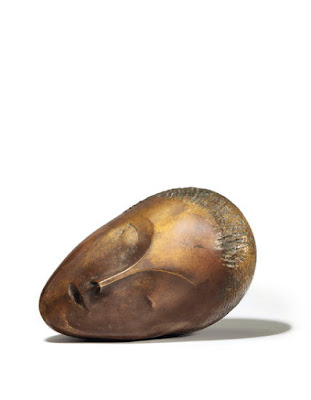 Just when it looked as if some in the crowd at Christie’s might nod off during a slow-going — albeit solid — auction of Impressionist and Modern works Monday evening, a bronze female head by Constantin Brancusi injected a powerful dose of excitement into the proceedings. The work sold for $57.4 million with fees after nine minutes of vigorous competition from at least five bidders in the room and on the phones.

The head was quickly rumored to have been sold to the media mogul David Geffen over the phone, although the art adviser who won the lot, Tobias Meyer, declined to comment on his way out of the auction room and Mr. Geffen, reached by phone, said he was not the buyer.
“It was a fantastic piece,” Nicholas Maclean, a dealer, said afterward. “It’s one of the great subjects, was an early cast and was in extraordinary condition. They just never come up for sale.”
The auction, which kicked off this week of spring sales in New York, was respectable despite the room’s low energy (perhaps in part because of the deliberative auctioneer), raising a total of $289.2 million with 78 percent of the 55 lots sold.
The auctions are expected to test the resilience of the art market in the Trump economy, although the administration’s tax policies — which will affect collecting — remain an open question.
The active bidders for the Brancusi pushed the 1913 egg-shaped sculpture, “La Muse Endormie,” to a new high for the artist at auction. The work had been expected to fetch $25 million to $35 million and was offered with a guaranteed minimum price by an unnamed Parisian collector.
The abstract female head was one of six bronze versions of a sculpture first made by Brancusi, a Romanian-born sculptor, in Paris in white marble in 1909-10. The stone version is now in the Hirshhorn Museum and Sculpture Garden in Washington, D.C. 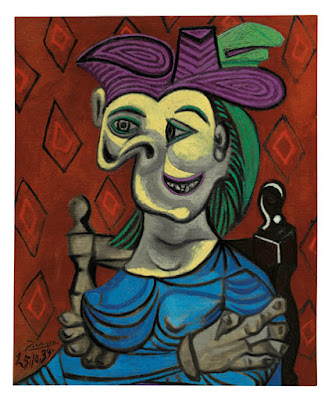