Actress, activist and all-around icon Elizabeth Taylor had one of the most prized jewelry collections in the world. In 2011, she shattered seven world records when 80 gems from her estate sold for nearly $116 million, People writes.
It seemed everyone was clamoring to get a piece for themselves.
Kim Kardashian West and celeb-loved jeweler Lorraine Schwartz scooped up prized pieces, one buyer broke a record for the highest price for a single item paying $11.8 million for a pearl necklace and millions more worth of the star’s jewels were auctioned to high-rolling bidders.
But now, Taylor’s estate is having a lot of trouble finding a home for her $8 million heart-shaped Taj Mahal diamond. In fact, the famous bling is currently at the center of a court case.
The Taj Mahal diamond was a gift from Taylor’s husband Richard Burton for her 40th birthday in 1972. 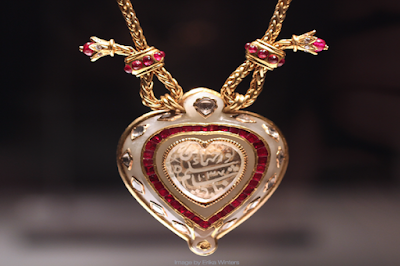 It is believed it was originally owned by the emperor Shah Jahan (1592-1666), who built the Taj in memory of his late wife Mumtaz-i-Mahal. And at the impressive 2011 auction, it sold for $8.8 million to Daniel Pang, representing a Korean hotel conglomerate. At the time it was reported that he intended to display the treasure at its flagship hotel in Seoul, South Korea.
But months after the purchase, the buyer had doubts that the diamond originally belonged to Shah Jahan and demanded that Christie’s cancel the purchase over questions of authenticity. The buyer is allegedly an “important customer” to Christie’s so the auction house funded the return.
Now, Christie’s wants the estate to return the proceeds given to it from the sale of the necklace. And the estate is not happy.
According to a complaint filed by the estate on May 11, 2017, it claims “the conditions of sale that governed the auction, to which both Christie’s and the buyer were contractually bound, did not require Christie’s to rescind the sale.”
In the catalog, Christie’s never advertised or guaranteed the age of the necklace, the auction house just promoted it as an “Indian” diamond, the complaint states.
However, in public appearances before the auction, Christie’s “went beyond the language of the catalogue” and talked about the history of the necklace, Taylor’s estate claims. The complaint argues that since the “binding nature of the conditions of sale” were never changed, the return is not warranted.
“The Trust has declined to refund the money to Christie’s on the ground that Christie’s cancellation of the sale was objectively unreasonable and, therefore, unwarranted under the terms of the Consignment Agreement,” reads the complaint.
As a result, Christie’s is not giving the estate proceeds from the sale of a Bulgari ring, worth $2,900,000, unless the estate refunds the proceeds from the sale of the Taj Mahal necklace.
The complaint claims, “requiring the Trust to return the proceeds to Christie’s (for a sale that Christie’s voluntarily cancelled to appease one of its VIP customers) would be especially damaging to the Trust because the items were sold at record prices under unique circumstances that cannot be re-created.”
What do you think of the complaint? Should the estate keep the proceeds of the sale?