CLONTARF 1014: BRIAN BORU AND THE BATTLE FOR DUBLIN.

The Battle of Clontarf was fought a thousand years ago – Good Friday (23rd April), 1014. The National Museum of Ireland - Archaeology is marking this anniversary with an exciting exhibition. 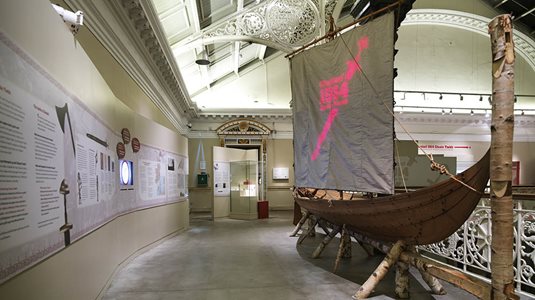 Clontarf is probably the best-known battle in Irish history, but also one of the least understood. Popular perception sees the battle as the great victory where the Christian king of Ireland, Brian Boru, defeated the pagan Vikings and drove them out of Ireland. But is this correct? 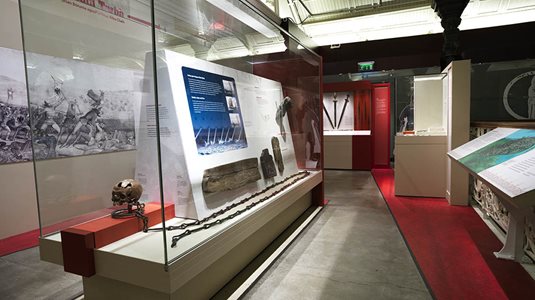 This ground-breaking exhibition explodes myths and presents the evidence we have for what actually happened at Clontarf, what led up to the battle and what resulted from it.
Viking and Irish weapons, typical of those used in the battle, feature alongside hoards of precious silver objects and religious treasures. Much more recent artefacts bring the story of Brian Boru and Clontarf right into modern times.
Whatever you think you know about Clontarf, this exhibition will give you something to think about – and enjoy.