JOHN F Kennedy — young, heroic, charismatic — embodied the overflowing promise of possibility of 20th century America, until an assassin’s bullet ended his life in November 1963.
One hundred years after his birth, the youngest man ever elected president, who once urged Americans to strive for the “New Frontier” is still a political icon, and the country is celebrating his legacy, which lives on most visibly in his family.
“It’s an opportunity to reflect on what president Kennedy stood for, and the belief and commitment he had to solve every challenge in front of him,” Congressman Joe Kennedy III, a great-nephew of the president, told AFP.
The lanky, red-haired grandson of slain lawyer general Robert F. Kennedy is part of the family’s third generation to carry the political torch, entering the House of Representatives in 2013. 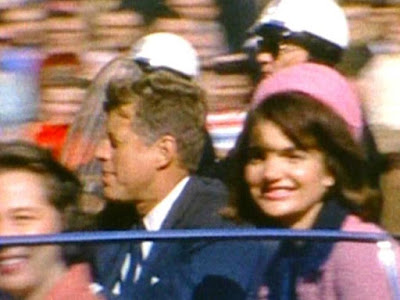 President John F Kennedy and his wife Jacqueline moments before his assassination in Dallas on November 22, 1963.qSource:Supplied

For all but two years since 1947 — nearly a third of the history of the United States — a Kennedy has served in elective office.

RELATED: New JFK assassination theory — Cuban double agent led plot
They are the quintessential American dynasty, the closest thing the country has to royalty.
JFK’s legacy, said the 36-year-old politician from Massachusetts, is “his call for all Americans, regardless of size or shape or background, to serve their country.”
“Many of my colleagues from both sides of the aisle have stopped me to say they have been inspired by his call to service.”
First lady Jackie Kennedy became a global phenomenon, their White House social sessions were the stuff of legend and politicians of all political stripes embraced the comity.
“There was sort of an aura around the Kennedy White House,” recalled Senator John McCain, the 2008 Republican presidential nominee who was a US Navy pilot during JFK’s tenure.
“It was just a magic time,” he told AFP. 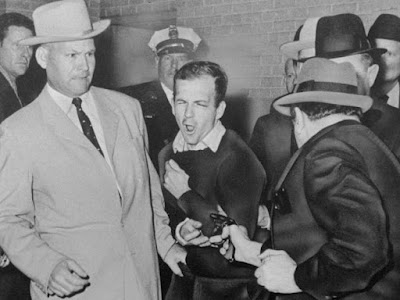 Kennedy barely served 1,000 days in office before he was assassinated. His brother Robert was killed on the presidential campaign trail in 1968.
Americans ultimately transcended the tragedies.
RELATED: John F Kennedy’s diary sells for close to $1 million
JFK is seen as the president who, perhaps more than any other, most transformed the way the nation viewed itself. Kennedy was its eternal optimist.
‘MISSED HIM EVERY DAY’
The longest-serving public official in the family, liberal lion Ted Kennedy, died in 2009 after serving 47 years in the US Senate.
Several Kennedy clan members are still in public life, and more may be on the way.
JFK’s daughter Caroline Kennedy, who was US ambassador to Japan for three years under president Barack Obama, is considering a run for public office, perhaps for Congress, according to the New York Post.
“I’ve thought about him and missed him every day of my life,” the 59-year-old said of her father. He “inspired a generation that transformed America,” she said in a video released by the John F. Kennedy Presidential Library and Museum to mark the anniversary, which will be celebrated in a series of events in Washington and Boston.
RELATED: John F. Kennedy’s handsome grandson Jack Schlossberg
She added that people have told her that “he inspired them to work and fight and believe in a better world — to give something back to this country that has given so much to so many.” 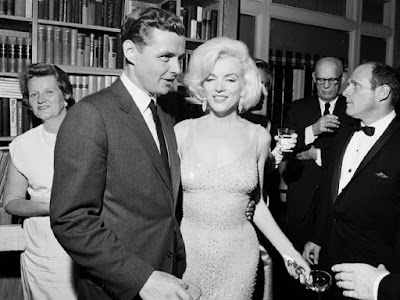 Robert F. Kennedy Jr, 63, is an environmentalist and a leading proponent of the widely debunked theory that vaccines cause autism.
In February, he said he had met weeks earlier with President-elect Donald Trump to discuss possible formation of a “vaccine safety commission.” Joe Kennedy said there are “plenty” of younger relatives who might enter politics, without getting into specifics.
“The thread running through us is that we’re seeking a way to serve,” he said. 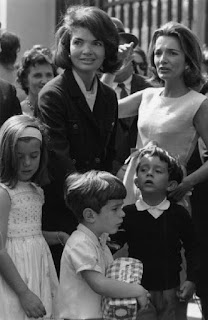 Jackie Kennedy with her children, John Jr. and Caroline and her sister Lee Radziwill, with son Anthony, outside Buckingham Palace during a visit to London. Picture: Getty ImagesSource:Supplied

It was in his 1961 inauguration speech, one of the most famous in US presidential history, that Kennedy issued such a poignant challenge to the nation’s younger generations.
“My fellow Americans,” Kennedy posed on a frigid January morning: “Ask not what your country can do for you — ask what you can do for your country.”
PASSING THE TORCH
In the era of Trump, an age of political polarisation, making comparisons to Kennedy’s Camelot can be jarring.
“This lack of comity and civility would shock John F. Kennedy, because he had friends in the Republican Party who were very close,” said James Thurber, founder of the Department of Congressional and Presidential Studies at American University in Washington.
Thurber also said Kennedy likely would have been tougher than Trump on Russia and its President Vladimir Putin.
“He’d be tough with them about what they’re doing in Syria and their relationships with Iran. He was a realist,” Thurber said.