AHORA EN ESPAÑOL (NOW, IN SPANISH TRANSLATION). THE COST OF LIVING BY DEBORAH LEVY REVIEW – A MEMOIR AND FEMINIST MANIFESTO

At the age of 50, the acclaimed writer was divorced and living in a new flat. In elliptical, allusive prose, she re-engages with the ideas of Simone de Beauvoir
here’s a wonderful moment in a series of wonderful moments in this second instalment of Deborah Levy’s “living memoir”. It’s a “sad Tuesday” and she is being told off by a neighbour in the block of flats into which she has recently moved with her daughters following divorce from their father. This is supposed to be a fresh start for Levy, a liberation from the contortions of a family life that has become too difficult to sustain alongside her work as a writer. But now here comes a new kind of cultural policing, imposed not by a man but by another woman, who is part of what Levy calls the “societal” system. 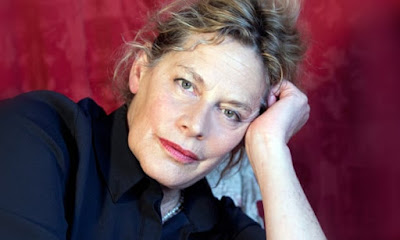 With her sharp little teeth, rictus smile and high sweet voice, the woman is dripping gentle venom about Levy’s habit of parking her bike in the front car park, her resistance to ordering her shopping online like everyone else, not to mention the fact that she appears so “busy busy busy all the time”. As the teeth get pointier, Levy’s necklace, the one she always wears even when swimming, breaks and the large pearls bounce across the entrance hall floor. She is unstrung, undone in this place where she was supposed to be aiming for a “new composition”.

A good 30 years after someone clever and optimistic (no one is quite sure who) first announced that we had landed safely on the shores of “post-feminism”, it’s clear that being both a creative and reproductive woman is as tricky as it’s ever been. As with Freud’s return of the repressed, those angers and desires, the consequence of botched compromise and thankless sacrifice, have come bubbling up, all the more potent for being choked for so long. Into this molten moment some of our finest writers including Rachel Cusk, Maggie Nelson and, indeed, Levy have poured their blistering experiences of the psychic and emotional cost of being a wife and mother in the 21st century.

Levy’s oblique and elliptical prose, on magnificent show in her Booker shortlisted novels Swimming Home and Hot Milk, does not lend itself to a route march through chronological time and external circumstance. Instead, what Levy gives us is an account of her internal world, a shape-shifting space where past and present coexist, where buildings are not so much bricks and mortar as extended metaphors and where identity is in a radical flux of unravelling and remaking.

All the same, Levy’s prose is not so slippery that it can’t serve up the basics. At the age of 50 and after decades of what sound like the usual patterns of north London family-making, she finds herself cast adrift from her marriage and, crucially, without any desire to swim back. We’re not given names or details, but that is not so much a matter of tact as irrelevance, since the story Levy tells, she insists, does not belong to her alone. It is the story of every woman throughout history who has expended her love and labour on making a home that turns out to serve the needs of everyone except herself.

Levy is not shy to elevate her drama to the realm of the immortals but is picky about which mythologies she co-opts
Not that getting free is exactly easy. Indeed, as Levy’s wry title suggests, choosing not to be married to society costs a lot. Her comfortable family home has been exchanged for a flat where the heating often doesn’t work and the lavatory often won’t flush. The communal parts – there are 100 flats in this huge block – are a hallucinatory tube that she dubs “the Corridors of Love”. This sounds promising, but Levy’s most rewarding experiences turn out to be with an electronic screwdriver that bites efficiently into spoiled old wood, and her new electric bike, which whizzes her home along the Holloway Road with the groceries. She pays for the screwdriver and the e-bike, not to mention the groceries and her daughters’ trainers, by taking teaching and writing jobs that, she hints, are not ones that she would otherwise choose.

Into this present tense Levy inserts incidents that reveal the conditions that made her want to break away from the family racket in the first place. She tells us about a man she knows who can’t look at his wife, another who never remembers women’s names, and a downstairs neighbour who invites her in for a drink but whom she actually values for the loan of his power tools. Working further back, earlier encounters show her dealing with random men who take up too much space, time and air in cafes, on trains and in conversation, barging into her narrative as if it is their natural right.

It is to counteract this sense of diminishment that she sets about expanding her own domain. A neighbour, the elderly widow of the poet Adrian Mitchell, offers Levy her garden shed as a writing hut. It is a provisional kind of liberation, though, shared with a fuming deep freeze and a gas heater that makes the place sweat. Still, in case there is any doubt about the allegories in play, Levy describes this particular Garden of Eden as having its own abundant apple tree (the fruit goes splat on the shed roof) and a loving gardener-god who tends to all living things (in fact a handsome out-of-work actor).

As the biblical allusions suggest, Levy is never shy about elevating her personal drama to the realm of the immortals. Still, she remains picky about which mythologies she is willing to co-opt in the process. Penelope patiently waiting at home for Odysseus to return from his adventures definitely will not do. Instead, Levy prefers to tell us about the Medusa who dares to return the male gaze, transforming all those gawpers into stone. Then there are the Maenads, the raving female followers of Bacchus who remind her of her friend Sasha, a high-flying city woman who goes out to get blind drunk every Friday. In an extravagant gesture of refusal Sasha always ends up being sick over her short-skirted business suit and high heels, a fantasy uniform of female empowerment that could only have been dreamed up by a male boss.

Femininity for Levy, then, is a kind of shoddy masquerade, an elaborate costuming of body and desire that she no longer has any interest in maintaining. There’s nothing new about this idea. You see it in early radical psychoanalytical circles before it disappeared as the 20th century unfolded, pushed off stage by more pressing anxieties about life and death. After the second world war, Simone de Beauvoir re-engaged with the idea of gender as performance, only to see the thread get lost again in the 1980s and 90s with the emergence of so-called “lipstick feminism”, a mode that positively relished the dressing-up side of things.
Now, in The Cost of Living, Levy explicitly recuperates De Beauvoir’s position, not only by engaging closely with The Second Sex, but by going deeply into the philosopher’s personal struggles to reconcile sexual love with intellectual liberty. The result is a piece of work that is not so much a memoir as an eloquent manifesto for what Levy calls “a new way of living” in the post-familial world.