OUR PREDICTIONS FOR ART IN THE 2020S

Alina Cohen
Predictions, like science fiction tales, always say more about what’s already happened than about the future itself. H.G. Wells’s 1898 novel The War of the Worlds offered more insight into the threats of British imperialism than the potential for an alien invasion. Psychics and tarot card readers feed off the people in front of them, offering interpretations of their clients’ demeanors and reactions.
My guesses about how the art world will change over the next decade similarly reflect what I’m already hearing and seeing now, at the end of 2019. Drawing on the news and opinions that have recently pervaded galleries, museums, and my own conversations with artists and academics, I’m anticipating changes large and small that will ripple throughout the industry. These informed speculations reflect some widely held desires and fears for where the art world is headed—and prove more likely than extraterrestrial takeovers. 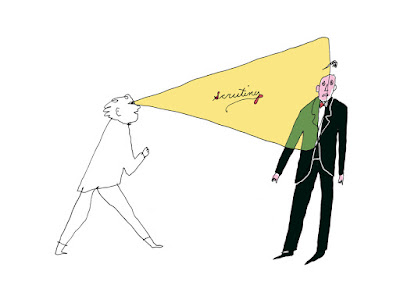 llustrations by Liana Finck for Artsy.

Museum trustees will face greater scrutiny
Museums can’t afford to weather scandal after scandal regarding the sources of their trustees’ incomes. Over the past few years, we’ve seen institutions including the Whitney, the Louvre, and the Museum of Modern Art contend, respectively, with complaints about how donors make their money: Warren Kanders (defense contracting), the Sackler family (opioids), and Larry Fink (investments in private prisons). Facing such a public relations emergency—and staff ire—is detrimental to both institutions and museumgoers. It seems that as time, energy, and resources are focused on crisis management, education and the audience experience suffer.
The fact that many museum employees are underpaid only exacerbates the staff’s resentment of the money at the top of the pipeline. As unions sweep the industry (the Guggenheim, New Museum, Frye Art Museum, and MOCA Los Angeles all unionized this year), donors and upper management may become increasingly concerned with the welfare of those working at the lowest institutional rungs—or they’ll lose non–trust fund talent to more equitable workplaces, mostly likely outside of the art world.
In the years to come, I believe museums will recognize that it’s in their best interest, from a strategic standpoint, to pay more attention to who sits on their boards. They’ll pivot from playing defense to implementing more thoughtful processes for accepting certain funds. Internally, museums will conduct more research into potential funders’ pasts and wealth. It’s no easy task to decide where the line should be drawn, or what constitutes clean and dirty money. But over the next decade, I predict we’ll see museums increasingly establishing new guidelines and taking steps to avoid such public outcries. 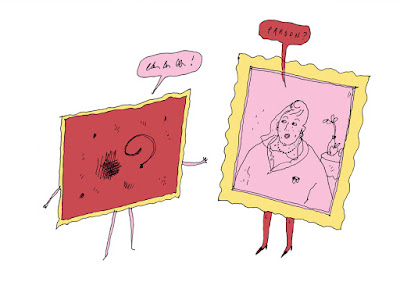 Art history departments will become increasingly diverse
University art history departments are gradually replacing their Western art faculty with experts in other fields. As Bryn Mawr professor Steven J. Levine recently shared with me, institutions that once relied on scholars who specialized in a single (white, male) artist—Édouard Manet, Jackson Pollock, Titian, Henri Matisse—are now staffing their departments with non-Western art historians who are versed in specific regions around the world. They’re prioritizing a broader view, with less emphasis on individual artists.
What departments will lack in depth regarding, say, 19th- and early 20th-century French art, they’ll make up for in an international perspective.
I predict this will continue far into the 2020s. Our global, tech-savvy, attention-addled, interconnected age isn’t set up for intensive study into a single artist. The age of the lone genius is over, and I don’t think it’s coming back.

The pendulum will swing back to abstraction
Figurative painting hogged the spotlight throughout the 2010s. Artists such as Joan Semmel, Kerry James Marshall, and Judith Linhares—who have been working steadily for decades—received renewed attention for their portrayals of marginalized bodies. A younger generation of painters, including Amy Sherald, Aliza Nisenbaum, Jordan Casteel, Mira Dancy, and Tschabalala Self, gained prominence in gallery shows, real estate in the media, and skyrocketing auction results.
Art history is rife with examples of pendulum swings and dialectical tensions—centuries ago, stark Realism countered lush Romanticism, which triumphed over orderly Neoclassicism. I predict a similar turn over the next decade. The art world will tire of the same narratives about figuration and the body, seeking more spiritual, transcendent art-viewing experiences. We’ll all be talking and thinking about abstraction again.
Young painters will increasingly look to leaders of contemporary abstraction, including Mark Bradford, Julie Mehretu, Cecily Brown, and Amy Sillman, as they develop their own visual languages. An older generation, including Jo Baer, Sam Gilliam.......................