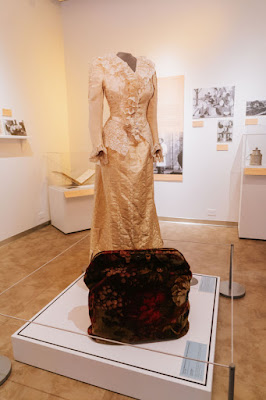 What does it look like for a museum to allow outside voices an authentic say in programming? Not to just take suggestions from the public or give over gallery space, but to provide the guidance and technical expertise required to transform the ideas community members want to share into professional-level exhibitions?

A Legacy of Healing is a test case for History Colorado Center, the government-funded museum charged with telling stories from the state’s past. The temporary exhibition, recalling Jewish contributions to health care during the early 20th-century tuberculosis epidemic, also serves as the debut of the new Richard G. and Mary Lyn Ballantine Gallery.

The 1,110-square-foot room on the Center’s first floor is meant to enable “co-creation and co-authorship” between citizens and the curatorial staff of the Denver museum. Unlike other exhibitions at the Center, which often remain on display for several years, Ballantine shows will be “quick-changing,” lasting about four or five months. The display schedule will be flexible, which will allow for the rapid creation of exhibitions related to current events. With a collection of more than 200,000 artifacts, spanning 10,000 years of human presence in the region, the museum has plenty of objects at the ready.
“Our partners know their story the best, and our hope is that with their content knowledge and our exhibit design experience, together we can create a space to share new stories in an engaging three-dimensional way,” Gallery Manager Cori Iannaggi told Hyperallergic.

For A Legacy of Healing, the museum partnered with Dr. Jeanne Abrams, a content specialist at the University of Denver Libraries’ Beck Archives. The archives, which serve as a repository of Jewish heritage in the Rocky Mountain region, recently completed a 30-minute documentary about the early days of Jewish health care philanthropy, and Abrams wanted to use that as the core of an exhibit.

The video recounts the story of the mass migration that occurred in Colorado at the turn of the 20th century. Thousands of tuberculosis sufferers flooded the state at the urging of doctors who believed that the high-altitude air, combined with rest and a good nutrition, could cure them. 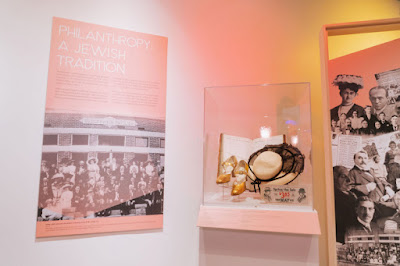 With scores of ailing newcomers arriving, many of them indigent or new to the United States, the local Jewish community responded by creating state-of-the-art treatment centers, starting with the National Jewish Hospital for Consumptives in 1899, and later with the Jewish Consumptives Relief Society in 1904. Putting the video in context are storyboards and display cases, refined by the History Colorado exhibitions team, that feature more than 75 photographs, medical instruments, logs, and other historical artifacts, culled from the 400 boxes of material the archives holds on the topic, according to Abrams.

The exhibition highlights the heroic efforts of early medical practitioners and members of the business community who rallied together to develop and fund a healthcare system for folks in need, lasting through the 1940s when a tuberculosis cure was developed and the main care centers morphed into modern hospitals with updated missions.
A Legacy of Healing calls out key characters, but also the controversies that accompanied the mission, including rifts between religious factions over things like the lack of kosher kitchens and observances of the sabbath when the facilities first opened, which Abrams says, serve as “a reflection of the larger tension between Eastern European and German Jews in America at the turn of the century.”

While later medical advances cast doubts on the benefits of prescribing tuberculosis patients with things like a meat-and-cheese diet or sleeping on outdoor porches, Abrams believes the actual “legacy” of the movement was less about healing and more about giving. The philanthropic structures that sprung up around the crisis remain in place well into the 21st century.

“That legacy of caring for others is something that endures today,” she said.