Much as the documentary "Ailey" delights and inspires, it also evokes a sense of wistfulness by privileging the choreographer’s public persona at the expense of Alvin the man. 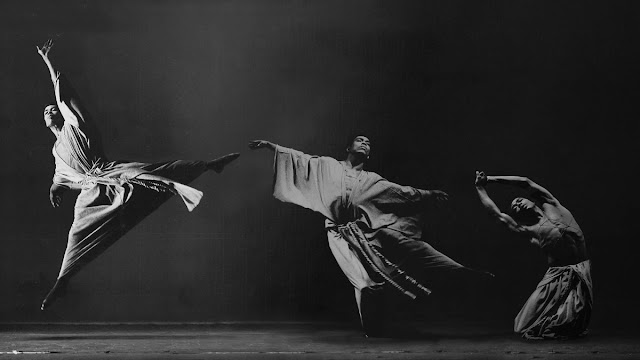 In the late 1950s, at just 27 years old, Alvin Ailey set out to create a haven for Black dancers. Building on the legacy of luminaries like Katherine Dunham, Pearl Primus, and Talley Beatty, he founded the Alvin Ailey American Dance Theater (AAADT). It would become one of the most celebrated contemporary dance companies in the world — not least for its centering of the experiences of African Americans and its multiracial cast, well before the grip of segregation began to loosen across the US. Ailey, a new documentary premiering at the Sundance Film Festival, pays tribute to the influential choreographer. Yet the story the film seeks to tell of him and his work feels overly familiar and often replicates Ailey’s own notorious process of carefully ironing out the wrinkles of his life story into a respectable narrative of struggle, hard work, and success.

Directed by Jamila Wignot, Ailey is largely traditional, leaving most of the formal experimentation to the choreography on screen. Make no mistake, that choreography — practiced and performed at gratifyingly frequent intervals by a diverse cast of company dancers — is a true pleasure to behold, each emotive turnout and elegant bow a reminder of Ailey’s singular vision and influence. The film invites us into the AAADT’s studios, where choreographer Rennie Harris is hard at work on Lazarus, a new work commissioned for the company’s 60th anniversary.

In many ways, Harris’s process sets up the core work of the film, diving deep into Ailey’s public life and teaching via interviews and archival footage. The iconic choreography of Revelations (1960), AAADT’s signature work, graces the screen on several occasions, as former company members recall their breakout international success. “It was like they had orgasms,” Ailey himself quips of boisterous audiences in Australia, humorously reminding the viewer of the long tradition of Black artists being celebrated abroad long before the (racist) gatekeepers at home offer similar praise.

Perhaps because of the distinct styles of movement that light up the screen, one becomes increasingly aware of the film’s strict adherence to the 1, 2-step of the PBS house style. Talking heads, including fellow dance stars and Ailey collaborators Bill T. Jones, Carmen de Lavallade, and Judith Jamison, appear frequently, seated and composed, to add their own reflections and remembrances to the historical record. Where the film truly shines (and flexes that PBS muscle) is in its masterful use of the archival, overseen by producer Rebecca Kent and brilliantly edited by Annukka Lilja. Dreamy, glimmering images (moving and still) induce a childlike admiration. Culled from over 70 archives, they highlight the artistry of Ailey and other influential choreographers like Dunham and Lester Horton (whose own multiracial company Ailey directed before founding his own), as well as everyday Black folks who found ways to live, work, and dance amid the stranglehold of Jim Crow. A young Ailey spins and saunters lithely across the scene in a particularly memorable duet with Lavallade, all elegance and composure.

At its core, Ailey is a portrait of how a great man has been remembered — one who grew up poor, picking cotton and cleaning houses with his mother in the segregated South, only to break through and be embraced by the dance establishment with the help of great teachers and friends. It’s a heroic narrative, buttressed by Ailey’s own recollections, which permit some access to his interiority amid the accounts of friends and colleagues. 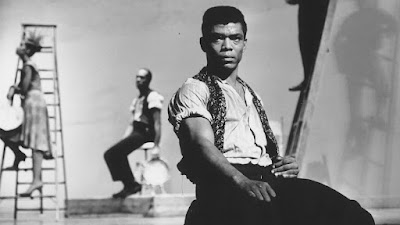 Wignot occasionally permits small cracks in that facade, hinting at Ailey’s mental illness throughout, though his diagnosis of bipolar disorder is never discussed explicitly. “We all loved Alvin, but we weren’t around Alvin during the day,” explains dancer Hope Clarke, alluding to the firm division Ailey maintained between his public life and his fastidiously private life as a gay (and later HIV-positive) Black man. Wignot mostly adheres to this same dance of respectability, omitting any discussion of cruising or Ailey’s history of substance abuse, which might have helped destigmatize such topics and perhaps shed a fuller, more nuanced light on Ailey’s legacy.

This dynamic is made more than a little ironic by Jones’s discussion of Ailey’s own complicity in the “editing out” of queerness and AIDS from his public image. While the very real stigma that HIV/AIDS carried in the ’80s (and continues to carry in many communities) can’t be ignored or understated, the extent to which Ailey refused to publicly discuss his status or his sexuality was striking. He famously asked his doctors to list his cause of death as a rare blood disease to spare his mother the stigma — an omission alluded to in the film and repeated in numerous obituaries. To further emphasize this point, the camera cuts from Jones to footage of the Reagans — who notoriously ignored the AIDS crisis, to deadly effect — attending the Kennedy Center ceremony, which honored Ailey with a lifetime achievement award in 1988. This maneuver might have carried more weight if the film itself didn’t only utter the word “AIDS” once, in its final 20 minutes.

Much as Ailey delights and inspires, it also evokes a sense of wistfulness. Often, Wignot’s portrait privileges Ailey the icon at the expense of Alvin the man, leaving me to wonder: What insights about such a singular figure might the film have been able to reveal were it less invested in careful editing?

Ailey streams through February 2 at 10am EST as part of the virtual 2021 Sundance Film Festival.