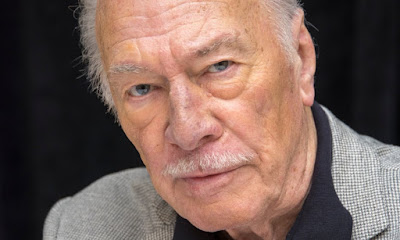 Christopher Plummer, the dazzlingly versatile Canadian actor whose screen career straddled seven decades, including such high-profile films as The Sound of Music, The Man Who Would Be King and All the Money in the World, has died aged 91.

His family confirmed the news, saying he died peacefully at home in Connecticut with his wife of 53 years, Elaine Taylor, by his side.

Lou Pitt, his longtime friend and manager of 46 years said: “Chris was an extraordinary man who deeply loved and respected his profession with great old fashion manners, self deprecating humour and the music of words. He was a national treasure who deeply relished his Canadian roots. Through his art and humanity, he touched all of our hearts and his legendary life will endure for all generations to come. He will forever be with us.”

Plummer’s first film appearance was in 1958’s Stage Struck, a backstage drama in which he plays a writer in love with Susan Strasberg’s ingenue. His biggest hit, and arguably best-known role, was as singing anti-Nazi Captain von Trapp in The Sound of Music in 1965. More recently, in 2017, he stepped in at short notice to replace Kevin Spacey in the Ridley Scott-directed All the Money in the World, after Spacey was accused of sexual misconduct. Scott praised Plummer at the time, telling the Guardian that “[he’s] got this enormous charm whether he’s doing King Lear or The Sound of Music”. Scott added: “This guy’s a real colouring book, he can do anything.”

Born Arthur Plummer in Toronto in 1929, the great-grandson of John Abbott, Canada’s third prime minister, and grew up in Quebec speaking English and French fluently. After leaving school he joined the Montreal Repertory Theatre, and after a short spell on Broadway achieved his first leading role as Hal in Henry V at the 1956 Stratford festival in Ontario. More stage roles followed, in both Stratford and on Broadway, including his first Tony nomination in 1959 for best actor in Archibald MacLeish’s JB, which was directed by Elia Kazan. He also secured roles with the Royal Shakespeare Company in the UK, playing Benedick in the 1961 production of Much Ado About Nothing (opposite Geraldine McEwan) and the title role of Richard III in the same year.

The Sound of Music, released to huge success in 1965, proved Plummer’s breakthrough to stardom. Adapted from the Rodgers and Hammerstein stage musical about the real-life singing Von Trapp family, Plummer was originally reluctant to take on the role, and in 2018 told the Guardian he was “furious” when he found out his singing voice was going to be dubbed. “I’d worked on my singing for so long, but in those days, they’d have someone trained who would sing through dubbing. I said: ‘The only reason I did this bloody thing was so I could do a musical on stage on film!’”

His well-known distaste for the film mellowed over time: “I’ve made my peace with it,” he added. “It annoyed the hell out of me at first. I thought: ‘Don’t these people ever see another movie? Is this the only one they’ve ever seen?’ … But I’m grateful to the film, and to Robert Wise, who’s a great director and a gentleman, and to Julie [Andrews], who’s remained a terrific friend.”

Christopher Plummer: 'Who the hell wants to be happy all the time?'

After The Sound of Music, Plummer was in demand as a character actor in high-profile films, appearing in a wide variety of material, from The Royal Hunt of the Sun and The Battle of Britain in 1969, to Sergei Bondarchuk’s epic Waterloo (1970) and Return of the Pink Panther (1975). He played Rudyard Kipling in The Man Who Would Be King and Sherlock Holmes in Murder By Decree (1979). He also had success on stage, winning a Tony award in 1973 for the title role in the musical Cyrano.

Though he continued to work steadily in the 1980s and 90s, the quality of his screen roles began to tail off. High points included roles in Star Trek VI: The Undiscovered Country (1991) as Klingon general Chang, and Spike Lee’s Malcolm X (1992) as a racist prison chaplain; he also played virologist Leland Goines in 12 Monkeys (1995) and TV journalist Mike Wallace in The Insider (1999). His stage work, as before, appeared to sustain him, with another Tony award in 1997 for the title role in Barrymore, about the Shakespearean actor John Barrymore, and a King Lear in 2002, directed by Jonathan Miller, which led to another Tony nomination after its transfer to Broadway in 2004.

However, as he neared his 80s, Plummer’s screen career enjoyed a sharp upturn. In 2010, he received his first Oscar nomination, for the Tolstoy biopic The Last Station. Although Plummer lost out to Christoph Waltz for the best supporting actor statuette, the nomination sparked a flurry of interest in his work, and two years later Plummer won the Oscar in the same category for Beginners, for his role as a man who comes out as gay in his senior years – and, at 82, he remains the oldest actor to win an Oscar.

Plummer subsequently broke another age-related Oscar record, as the oldest actor to be nominated, when he secured his third Oscar nod in 2018, aged 88, for All the Money in the World, in which he played J Paul Getty, the plutocrat whose grandson was kidnapped by the mafia in 1973. The film’s director, Ridley Scott, said later that Plummer had been his first choice for the role, but that it had been offered to Spacey because of Plummer’s age. Spacey was dropped after the film was finished, and Scott reassembled the cast and crew to shoot new scenes.

Plummer was appointed Companion of the Order of Canada in 1968 and in 2001 received a governor general’s award for lifetime artistic achievement. He was married three times, to Tammy Grimes, Patricia Lewis and Elaine Taylor, and had a daughter, the actor Amanda Plummer, with Grimes.

Tributes have been arriving from across the industry.

“What a guy. What a talent. What a life,” said Ridley Scott in a statement. “And I was fortunate enough to work with him less than 2 years ago and had a wonderful experience. My heartfelt condolences go to Elaine. He will be really missed.”

Helen Mirren, who starred with Plummer in The Last Station, also shared the following: “He was a mighty force both as man and actor. He was an actor in the 19th century meaning of the word — his commitment to his profession. His art was total, theatre being a constant and the most important part of the totality of his drive to engage with storytelling. He was fearless, energetic, courageous, knowledgeable, professional and a monument to what an actor can be. A great actor in the truest sense.”

Film-maker Mike Mills, who directed Plummer in Beginners has also released a statement. “It was a great honor to work with Christopher, to be in conversation with such a dedicated artist,” he wrote. “In his 80s when we met, I marveled at his intense curiosity, hunger to make something vulnerable, and his need to challenge himself. Christopher was both dignified and mischievous, deeply cultured and always looking for a good laugh.”

Shirley MacLaine, who starred with him in 2014 comedy Elsa & Fred said: “He was my favourite. Such cynical wit, may he rest in laughter.” Elijah Wood, who provided his voice alongside Plummer in animated fantasy 9, tweeted: “So sad to hear that Christopher Plummer has passed. What a legend.”

Chris Evans, who starred with him in Knives Out, wrote: “This is truly heartbreaking. What an unbelievable loss. Few careers have such longevity and impact.”

Broadcaster Dan Rather also posted: “You lit up screen and stage over a lifetime of art. My thoughts are with your family and friends.” Joseph Gordon-Levitt tweeted that Plummer was “one of the greats” while George Takei wrote: “Rest in eternal music”.