NEW BOOK FEATURES THE MOST PRECISE PHOTOGRAPHS OF THE SISTINE CHAPEL EVER PRODUCED—AND IT COSTS $22,000

The three-volume set features images of the chapel with 99.4 percent color accuracy. 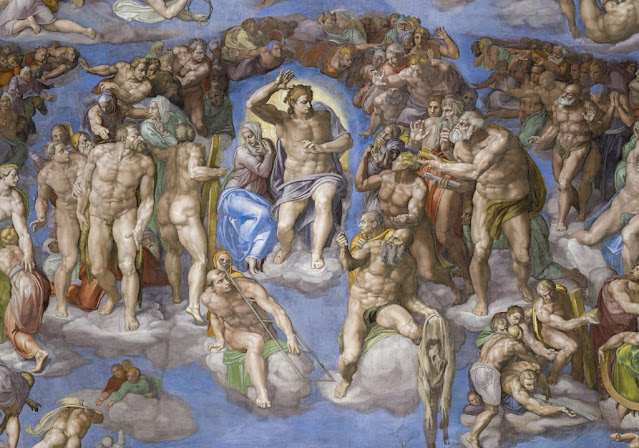 As a visitor to the Vatican, it’s nearly impossible to get a close look at the Sistine Chapel—but now a new book is hoping to change that.

On November 1, the production and publishing company Callaway Arts and Entertainment will release the English edition of The Sistine Chapel, a three-volume set of books that features the iconic frescoes in 1:1 scale. Each book in the set is two feet tall, bound in silk and white calf—and costs $22,000 (a bespoke cabinet and lectern is sold separately).

“You’re seeing it at the same size, at arm’s length, as a viewer as if you were a bird sitting on Michelangelo’s shoulder,” said Nicholas Callaway of the book. “If you put it in the realm of unique things, or if you put it in the context of the art market, $22,000 is not an expensive work of art.”

The book includes the most precise images of the artworks ever produced, Callaway said. Over the course of 67 consecutive nights, a team worked to capture every inch of the Renaissance frescoes using the latest in gigapixel photography. The 270,000 images of the chapel were stitched together in post-production, printed as digital proofs, and then held back up against the original works for color matching. The resulting images are 99.4 percent accurate in terms of color.

Callaway initially set out to do an updated version of a two-volume set that was published in 1991 (and sold for $1,000). But when he inquired about the rights, it turned out that the Vatican was already engaged in a new, unprecedented digitization process with Italian publisher Scripta Maneant. Callaway’s team had come in at exactly the right moment to join the project, and the Vatican authorized the production of 600 English copies. There are no plans to reprint.

When it was published, the 1991 Sistine Chapel book drew criticism for its hefty price tag and the publisher’s alleged gatekeeping of the images. While an undisclosed number of copies of Callaway’s book have already been pre-sold, he has also been working with benefactors to ensure the publication ends up in public collections.

“One of our primary goals is to place a significant portion of the edition in institutions where it will be available to everyone for generations to come,” Callaway said. “It’s a work for the world.”