SOME ART, ARCHITECTURE AND DESIGN BOOKS TO LOOK OUT FOR IN 2021 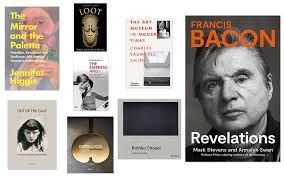 1The Empress and I: How an Ancient Empire Collected, Rejected, and Rediscovered Modern Artby Donna Stein

During the 1970s, Donna Stein — a former curator at MoMA in New York — served as art adviser to the Empress of Iran, guiding her selection of paintings and sculptures for the new Tehran Museum of Contemporary Art. Opened in 1977, it housed masterpieces by Van Gogh, Hockney, Lichtenstein, Rauschenberg, Giacometti, Degas, Renoir, Gauguin, Moore, Magritte, Picasso, Warhol and more.

But the following year saw the outbreak of the Iranian Revolution, and since then the collection has been hidden away in vaults, barely seen by the public.

Today, it’s said to be the most important collection of modern art outside Europe and the United States, and worth several billion dollars. The Empress and I  recounts Stein’s time spent building the collection, citing previously confidential correspondence with artists and dealers, while exploring the bond she formed with the Empress over a shared passion for art………