NEW, SIN, A GRITTY AND SUBLIME BIOPIC OF MICHELANGELO 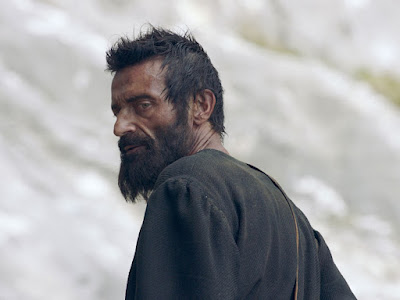 There are many reasons to expect something other than an idealized, art historically rigorous, possibly hagiographic representation of Michelangelo Buonarroti in Andrei Konchalovsky’s SIN (Il Peccato, 2019). The title alone, one that serves as an intriguing narrative thread throughout the film, might already be a good hint that the subject in question won’t quite rank among saints.

Another hint that Konchalovsky will provide a non-standard portrait of the artist and his era might be the director’s long tenure as a filmmaker and, not least, his writing credits on Andrei Tarkovsky’s Ivan’s Childhood (1962) and Andrei Rublev (1966), the latter of which seems to evidence compositional traces in SIN, especially with regard to certain POV shots in certain key sets.

A third and perhaps obvious reason is that idealized literary and cinematic treatments of Michelangelo, quite frankly, are anything but lacking. Why would Konchalovsky bother providing another?

Viewers will be pleased that he doesn’t.

Thanks in part to apparently prodigious production resources, as well as to extraordinary access to sites in Carrara, Monte Altissimo di Nago, Montepulciano and Arezzo, not to mention to many sites in Florence and Rome, Konchalovsky and his crew furnish an exquisite, bounteous viewing experience — one that the director, in a statement provided by the production company, likens to a medieval ‘vision’:

SIN […] was conceived as a ‘vision,’ a genre popular in the Middle Ages which culminated in Dante’s Divine Comedy. […] I wanted to express not only the essence of Michelangelo’s being, but also the colors, smells and flavors of the era he inhabited — bloody and cruel, but full of inspiration and beauty.

Consequently, among the things you’ll glimpse in the film are socially gritty, generally filthy, presumably malodorous 16th-century Italian settings, from Roman ruins to narrow Florentine alleyways. Scarce few characters in the film come across as clean-cut or refined. Rafaello, Michelangelo’s younger, more self-confident rival most certainly does, but the grimy setting seems to mock his cleanliness and snobby decorum.

Michelangelo himself, as well as many of his assistants, family members, peers, contractors, compatriots, and patrons are seen in a rather different light (or often lack thereof). They are dirty, their dwellings dark, and their behaviors and dispositions are quite the same: greed, betrayal, deception, and vengeful competitiveness are commonplace, from petty grievances among penny-pinchers to vicious antagonisms among regional rulers. Indeed, one of the more revolting historical figures portrayed in SIN is also one of the most powerful, Pope Leo X, whose clammy sliminess and blusterous mucosity render him more of a Tim-Burtonesque Penguin than a politically formidable embodiment of papal infallibility.

All that said, SIN is not overwhelmed by drudgery, muck, suffering, and skullduggery. Michelangelo miserates physically and mentally, but he has moments of elation as well, none of which coincide with yet another peer or patron praising him as ‘un genio.’

There are scenes of exasperating beauty, from rolling landscapes to ‘divinely’ marble-filled mountainside quarries. Many of the characters, not infrequent wisecrackers, are jovial and comical enough to come off as amiably cartoonish. And many of the cinematographic elements, from broad, sweeping vistas, to middle-grounded long takes and set pieces, to meticulously detailed, breathing stills, recall the compositional brilliance of greats like Michelangelo Antonioni, Akira Kurosawa, and Pier Paolo Pasolini.

There are also moments of otherworldly beauty, from angelic apparitions to definitively Dantean revelations. The possibly obvious sources of sublime visions for a film like this, however — e.g. Michelangelo’s frescoes, sculptures, and drawings — factor into it very little. He’s not often seen directly, actively working on them, and few scenes are devoted to merely beholding them. Their relative absence proves to be one of the more remarkable, and remarkably effective, aspects of this biopic. When they do appear, they gleam with miraculous sheen.

From warts-and-all to splendor and awe, SIN mires and glories in indulgence. Yet such indulgence might also come at a cost, particularly with regard to narrative integrity and chronological flow. Do expressiveness and metaphor supersede historical accuracy? Do lacunae and conjecture in service of a ‘vision’ challenge documented facts? To what extent are ambiguities, stretched truths, and oversights in films like this problematic or misleading?

I asked David Boffa, a Renaissance specialist and Michelangelo expert, and Hyperallergic Weekend co-editor Thomas Micchelli to weigh in on these matters, while also providing their own takes on the film in general.

For the record, we all recommend you see SIN. It’s currently available to stream in Film Forum’s Virtual Cinema………………..