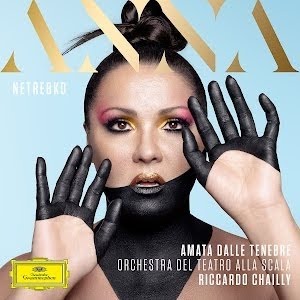 Anna Netrebko presents a dazzling array of iconic soprano arias by Verdi, Wagner, Strauss, Puccini, Cilea and Purcell in her first solo album in 5 years, a new recording and visual project featuring some of opera’s most powerful and moving arias.

Also available on vinyl as well as a deluxe edition, which features a Blu-ray music film about Anna Netrebko with behind the scenes footage and exclusive interviews filmed mainly at Teatro alla Scala in Milan right after the album recording, it explores Anna’s performative practices to embody different heroines and their stories. Framed by a genuine interview where Anna shares rare insights about herself, as well as the music, the film follows the four arias as they are translated to screen, each with a unique visual language and style. Aida, Lisa, Dido and Isolde come to life in a series of visual experimentations driven by powerful musical themes.