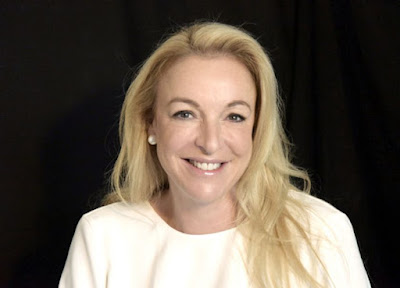 “Her impressive professional career, the presentation of her concept and her broad international expertise and network convinced the Board to endorse Kristina Hammer’s application,” said Jürgen Meindl, chairman of the Salzburg Festival’s Supervisory Board, emphasizing the unanimity of the vote in the appointment process.

The Board thanked Helga Rabl-Stadler for her unprecedented record of service through 27 years as Festival president. Altogether, 32 candidates had applied to succeed her. “There was a gratifyingly large number of highly qualified applicants with intriguing concepts,” said Jürgen Meindl. Yesterday (Tuesday) and this morning saw the hearing of the top six candidates.

“I am deeply honoured by the trust the Board has placed in me, and I look forward to this great and responsible task, which I approach with the necessary humility.

I would like to thank all the members of the Board as well as Markus Hinterhäuser and Lukas Crepaz, whom I was able to meet as part of the application process. I look forward to working productively with them and all the Festival staff, and of course to the artists,” said Kristina Hammer, the designated president of the Salzburg Festival, in her initial statement. “I am planning to move to Salzburg and am looking forward greatly to close contact with the citizens of Salzburg,” she completed her remarks.

“I am pleased that in Kristina Hammer, we have found a worthy successor for Helga Rabl-Stadler, one who will help lead the Salzburg Festival into a new era,” said Andrea Mayer, Undersecretary of State for Arts and Culture. “It was important to me to hold a regular, open-ended application process following international standards. Ms. Hammer brings a rich trove of experience in international business to the table, and her experience as an independent management consultant gives her the necessary strategic competence for this office. Most of all, she convinced the Supervisory Board with her presentation during the hearing. I am certain that her collaboration with Markus Hinterhäuser and Lukas Crepaz will be a productive one,” said Undersecretary of State Mayer on the appointment of the new Festival president.

In keeping with the meeting’s agenda, the preliminary annual and quarterly reports were also discussed. The Board noted that in the second year of the Covid-19 pandemic, the Salzburg Festival has once again demonstrated why the arts play, and must play, a central role in society. In summary, it was noted that ticket sales during Fiscal Year 2020/21 were very positive, despite travel restrictions. The fact that almost no guests from Asia and fewer guests from the USA and Russia than usual attended the Festival was compensated to a large extend by guests from Germany, Austria and Switzerland. In total, ticket sales revenue from the fiscal year just ended totalled 26.9 million Euro. Thanks to ticket sales, state subsidies and support from the Friends, sponsors and patrons of the Festival, it was possible to maintain its high level of commercial viability at 75%, despite these difficult times.

The agenda also featured further steps in renovating and expanding the Festspielhäuser. The Board took important decisions on organizational structures and procedures, for example the underwriting guidelines and the bylaws of the Steering Committee, ensuring a transparent and efficient implementation of the renovations.

Under the item Personnel, another important staffing issue was decided: Bettina Hering, the Salzburg Festival’s director of drama since Markus Hinterhäuser took office in 2017, will extend her contract through September 2023.

“By mutual agreement with the Salzburg Festival’s directorate, my original five-year contract as director of drama has been extended through the end of September 2023. After seven years in this function, I will then dedicate myself to other challenges. I am delighted to plan the upcoming two Festival summers on the basis of the past work by the drama department of the Salzburg Festival, years that saw a rich yield both in artistic and economic terms. With unabated curiosity for current theatre in all its many forms, especially in continuously changing, complex circumstances, and with an increased focus on socio-political discourse, I hope for an equally euphoric and enthusiastic audience as we had in past summers,” said Bettina Hering.