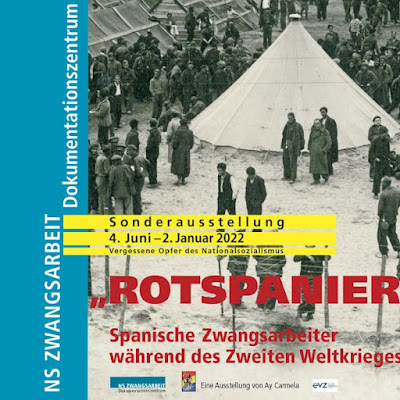 In 1939, 140,000 Republican refugees from the Spanish Civil War began a seven-year odyssey through the concentration and labor camps of fascist Europe. They became victims of internment, exploitation and deportation by the Nazi and Vichy regimes in France, Germany, North Africa and the Channel Islands.

This trilingual exhibition presents the story of these forgotten forced laborers of World War II to a European audience for the first time.

Approximately 13 million prisoners of war, civilian workers and concentration camp inmates were deported to the German Reich during World War II to perform forced labor in the German war economy. However, forced laborers were also deployed outside of Germany. In countries occupied by Nazi Germany, the civilian population was recruited for forced labor and used locally.

A special case was the anti-fascist Republicans from the Spanish Civil War. Defeated by the military under General Franco, some 450,000 men, women and children fled to France in 1939. There they were interned in camps.