BOOKS: (I) EL DESPERTAR DE LA HEREJÍA / THE SECOND SLEEP BY ROBERT HARRIS AND (II), THE LIFE OF ALMA MAHLER, BY CATE HASTE 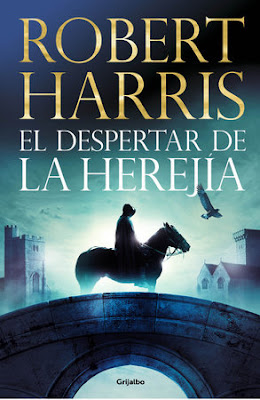 From the bestselling author of Fatherland and the Cicero Trilogy–a chilling and dark new thriller unlike anything Robert Harris has done before.

When a local parson of a remote village dies under mysterious circumstances, Christopher Fairfax, a young English priest, is dispatched on horseback from the cathedral city to conduct his burial. His orders are to give the sermon and leave as quickly as possible. But when he arrives in this distant hamlet, haunting questions arise. Why did the parson possess heretical texts? How did he come to own banned ancient relics? Did these possessions lead to his death?

Until this moment, Fairfax has never known doubt. His faith in the Church and its teachings has always been unquestioning. But over the next six days, everything he believes and everything we believe–about his faith and the very history of the world–will be tested. An unnerving and enthralling story about a distant time, The Second Sleep is a cautionary tale for today.

Setting the record straight on the complex and fascinating life of a musical genius. 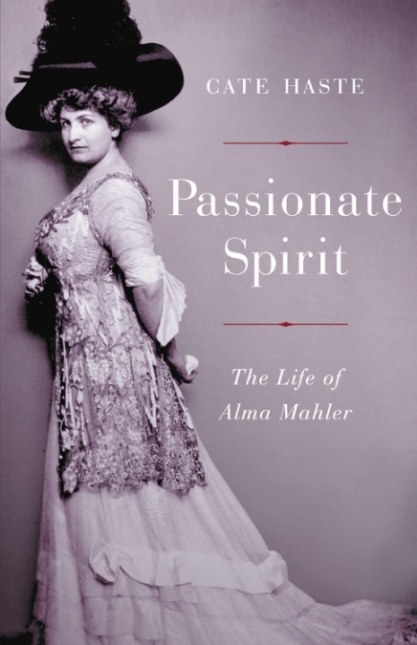 Few 20th-century women have been surrounded with such an aura of scandal and notoriety as Alma Mahler, the subject of Cate Haste’s riveting new biography, Passionate Spirit. Mahler was married to, or had love affairs with, some of the greatest creative geniuses of her time, including composer Gustav Mahler, Bauhaus-founder Walter Gropius, artist Oskar Kokoschka, and novelist Franz Werfel. Yet she was stubbornly her own woman whom no man could ever truly possess.

Born in Vienna in 1879, Alma Maria Schindler was an unusually gifted young woman, an accomplished pianist who yearned to be a composer. Her lieder, composed under the guidance of her mentor and lover, Alexander von Zemlinsky, are arresting, emotional, and highly original. They plunge the listener deep into the Zeitgeist of turn-of-the-20th-century Vienna.

At the age of 22, Schindler met Gustav Mahler at a dinner party. Nearly 20 years her senior, Mahler fell in love with her and proposed only a few weeks later. But his demand that she give up her own composing career as a condition of their marriage plunged her deep into turmoil.

She wrote in her diary, “I have two souls: I know it.” Born in an era that struggled to recognize women as full-fledged human beings, she experienced a fundamental split in her psyche — the rift between herself as a distinct, creative individual and herself as an object of male desire.

To win Mahler’s love, she sacrificed her creative individuality. The suppression of her true self to become the woman her husband wanted her to be was unsustainable and inhumane. Eventually, the authentic Alma erupted out of this false persona.

What emerged was a free-spoken woman far ahead of her time who rejected the shackles of condoned feminine behavior and insisted on her independence and sexual and creative freedom. She eventually returned to composing and went on to publish 14 songs. Three of her other lieder have been discovered posthumously. Now her work is regularly performed and recorded.

Like other unconventional women throughout history, Mahler to this day faces a backlash of misinterpretation and outright condemnation. She was a complex, transgressive, ambitious, and often perplexing woman.

As well as a perceived “Alma problem,” there has been, up until now, a very distinct “Alma biography” problem, as most biographies have either diminished Mahler as a flawed muse to great men or else demonized her as a man-destroying monster.

Susanne Rode-Breymann, musicologist and co-editor of Alma Schindler’s early diaries, and Austrian academic Sandra Marchl, author of Alma Mahler-Werfel in der Biographik, describe how these fundamentally misogynist biographies narrowly focus on Mahler’s sexuality and have nothing good to say about her as a human being, much less as a composer.

As Marchl has observed, these works have created a “Schreckbild,” turning Mahler into a grotesquely caricatured, sex-obsessed fiend. Musicologist Sally MacArthur eloquently writes how these slanted biographies have created “the Alma Mahler Machine.”

Rode-Breymann’s and Marchl’s nuanced biographies of Mahler are much-needed correctives to this sad state but are only available in German. So, it is with great eagerness that I welcome Haste’s Passionate Spirit, the first — and long overdue — English-language biography to portray Mahler as an important and gifted figure in her own right, rather than just an appendage of great men. The author even admits in her preface that she likes Alma.

Haste deftly narrates Mahler’s eventful life, spanning from fin de siècle Vienna, to the eruption of World War I and the fall of the Hapsburg Empire, to the rise of fascism. In one of the most dramatic episodes in her long life, Mahler acted decisively to save her third husband, Franz Werfel, and his family from the Nazis.

Her golden years transpired in Hollywood and New York, where she hosted a salon of émigré artists and intellectuals that included Marlene Dietrich and Thomas Mann. Haste shines a light on Alma’s relationships with other women, from her deep friendships with Helene Berg and Gertrud Schoenberg to her often-fraught relationship with her daughter Anna, the only one of her four children to survive into adulthood.

While there are no radical insights or new information that can’t be found in other published sources, Haste presents a fascinating overview of Mahler, including commentaries of her subject’s admirers and detractors, as well as many excerpts from Mahler’s diaries and letters. Far from moralizing, Haste allows readers to draw their own conclusions regarding this complex woman.

I did feel that Haste’s book lacks the depth of insight evidenced in Rode-Breymann’s and Marchl’s German-language biographies. Although Haste acknowledges Alma Mahler as a prolific and gifted composer, I would have appreciated a deeper analysis of her music. Instead, the author spends far more time detailing her subject’s relationship dramas with men.

I am also mystified that Haste does not seem to have read either Rode-Breymann or Marchl, which seems strange, as her bibliography references other German-language secondary sources.

But all in all, this is the best biography of Alma Mahler available in English. If you want to go deeper than Tom Lehrer’s “Alma Song,” this is the perfect place to start.

Mary Sharratt is on a mission to write overlooked women back into history. Her novel Ecstasy, drawn from the life of Alma Mahler, is published by Mariner.