Exhibition part of center dedicated to Emile Zola, who famously defended the wrongfully accused Jewish captain over a century ago, in a trial that was profoundly impactful for Jews 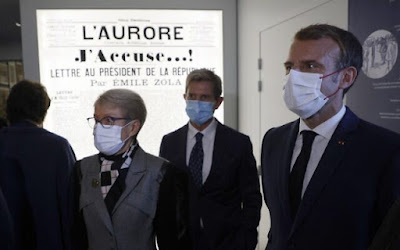 JTA — French President Emmanuel Macron has inaugurated what is believed to be the world’s first museum on the wrongful and antisemitic persecution of the late army captain Alfred Dreyfus.

The new museum, inaugurated on Tuesday in the Paris suburb of Médan, features at least 500 artifacts, including photographs, court papers and personal objects from the 8-year ordeal that ended in 1906 with Dreyfus’s exoneration from trumped-up espionage charges and convictions.

Some of the documents are displayed on walls in the main space of the Dreyfus museum, hanging against giant text naming concepts such as “Justice, “Treason” and “Innocence.” Also on display are copies of antisemitic caricatures that were published in mainstream newspapers in France in connection with the Dreyfus trials.

The Dreyfus Museum is part of the Zola House, a cultural institution devoted to preserving the memory of Émile Zola, the renowned French writer who, though not Jewish himself, had a key role in leading opposition and protests against the injustice done to Dreyfus.

Zola had lived in the building where the institution named for him is housed. The Zola House had been closed for renovations for over a decade, and is reopening with the addition of the Dreyfus Museum.

Zola’s role in the Dreyfus affair was immortalized in 1898, when he penned an influential article titled “J’accuse,” or “I accuse.” The open letter criticized the persecution of Dreyfus, ostensibly for spying on France for Germany; the captain, Zola wrote, was prosecuted and convicted on scant evidence because he was Jewish. Following the article’s publication, Zola was put on trial for libel and fled the country, living out his remaining years in exile.

This photograph taken on October 26, 2021 shows the Dreyfus museum, at the Emile Zola property in Medan, near Paris. (Ludovic MARIN / POOL / AFP)

In 1899, Dreyfus was pardoned by the French president and released from jail, and in 1906 a military commission officially exonerated him.

The trial had broad implications on the next century of Jewish thought: Theodor Herzl, who many view as the father of modern secular Zionism, covered the trial as a journalist and later described it as a watershed moment in his ideological development from an assimilationist Jew into a Zionist. 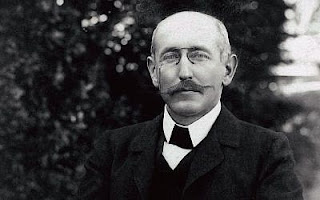 The Zola House and the Dreyfus Museum will open to the public on October 28, CNews reported. The Zola House’s renovation and the museum’s opening cost at least $6 million, largely coming from government subsidies, according to CNews. The Dreyfus museum originally planned to open in 2019, but a series of setbacks, including the COVID-19 pandemic, delayed the opening.

The director of the museum and institution, Louis Gautier, told CNews that the new space “will show and tell about the affair but also pose questions on vital issues of tolerance, othering, human rights, women’s rights, the separation of church and state and the contract between the republic and its citizens.”