The Fondation Cartier pour l’art contemporain is pleased to announce the largest exhibition to date dedicated to the work of Claudia Andujar. For over five decades, she has devoted her life to photographing and protecting the Yanomami, one of Brazil’s largest indigenous group. 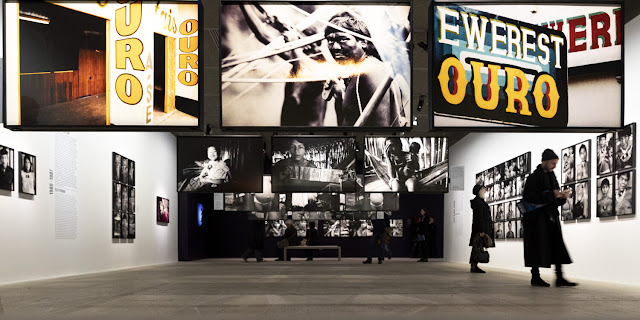 I am connected to the indigenous, to the land, to the primary struggle. All of that moves me deeply. Everything seems essential. Perhaps I have always searched for the answer to the meaning of life in this essential core. I was driven there, to the Amazon jungle, for this reason. It was instinctive. I was looking to find myself.
Claudia Andujar

Based on four years of research in the photographer's archive, this new exhibition curated by Thyago Nogueira for the Instituto Moreira Salles in Brazil, will focus on her work from this period, bringing together over three hundred photographs, a series of Yanomami drawings as well as her audiovisual installation Genocide of the Yanomami: Death of Brazil. The exhibition will explore Claudia Andujar’s extraordinary contribution to the art of photography as well as her major role as a human rights activist in the defense of the Yanomami. It is divided into two sections reflecting the dual nature of a career committed to both aesthetics and activism. The first section presents the photographs from her first seven years living with the Yanomami, showing how she grappled with the challenges of visually interpreting a complex culture. The second features the work she produced during her period of activism, when she began to use her photography as a tool among others for political change. 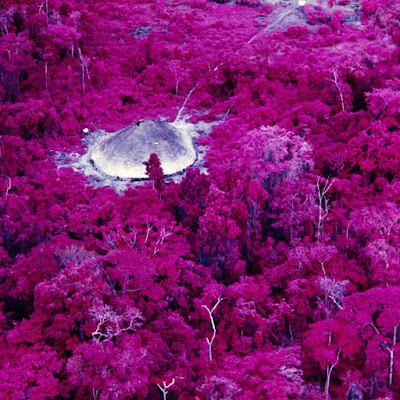 Claudia Andujar came to Brazil, passed through São Paulo, then Brasília, then Boa Vista, and then to the Yanomami lands. She arrived at the Catrimani mission. She was thinking about her project, what she was going to do, what she was going to plant. The way one would plant a banana tree, the way one would plant a cashew tree. She wore the clothes of the Yanomami, to make friends. She is not Yanomami, but she is a true friend. She took photographs of childbirth, of women, of children. Then she taught me to fight, to defend our people, land, language, customs, festivals, dances, chants, and shamanism. She explained things to me like my own mother would. I did not know how to fight against politicians, against the non indigenous people. It was good that she gave me the bow and arrow as a weapon, not for killing whites but for speaking in defense of the Yanomami people. It is very important for all of you to see the work she did. There are many photos of Yanomami who have already died but these photos are important for you to get to know and respect my people. Those who do not know the Yanomami will know them through these images. My people are in them. You have never visited them, but they are present here. It is important to me and to you, your sons and daughters, young adults, children to learn to see and respect my Yanomami people of Brazil who have lived in this land for many years.
Davi Kopenawa Yanomami
Interpreting Yanomami Culture

Claudia Andujar was born in Neuchâtel, Switzerland in 1931 and currently lives and works in São Paolo. She grew up in Transylvania, which at the time had recently been incorporated to Romania after years of Hungarian domination. During WWII, Claudia’s father, a Hungarian Jew, was deported to Dachau where he was killed along with most of her paternal relatives. Claudia Andujar fled with her mother to Switzlerand, immigrated first to the United States in 1946, then to Brazil in 1955 where she began a career as a photojournalist.

Claudia Andujar first met the Yanomami in 1971 while working on an article about the Amazon for Realidade magazine. Fascinated by the culture of this isolated community, she decided to embark on an in-depth photographic essay on their daily life after receiving a Guggenheim fellowship to support the project. From the very beginning, her approach differed greatly from the straightforward documentary style of her contemporaries. The photographs she made during this period show how she experimented with a variety of photographic techniques in an attempt to visually translate the shamanic culture of the Yanomami. Applying Vaseline to the lens of her camera, using flash devices, oil lamps and infrared film, she created visual distortions, streaks of light and saturated colors, thus imbuing her images with a feeling of the otherworldly.

Claudia Andujar also developed a series of sober black-and-white portraits that capture the grace, dignity and humanity of the Yanomami. Focusing closely on faces and body fragments, she tightly frames her images, using a dramatic chiaroscuro to create a feeling of intimacy and draw attention to individual psychological states.

Alongside the many photographs taken during this period, the exhibition will also present a selection of Yanomami drawings. After years photographing the Yanomami herself, Claudia Andujar felt it was important to provide them with the opportunity to represent their own conceptions of nature and the universe. She thus initiated a drawing project, equipping members of the community with markers and paper. A selection of these drawings representing Yanomami myths, rituals, and shamanic visions will be presented in the exhibition.
https://www.fondationcartier.com/en/exhibitions/claudia-andujar-lalutteyanomami