The tapestries — made out of silk, wool, and gold and silver thread — have been restored over the past decade by conservationists at the Vatican Museum. 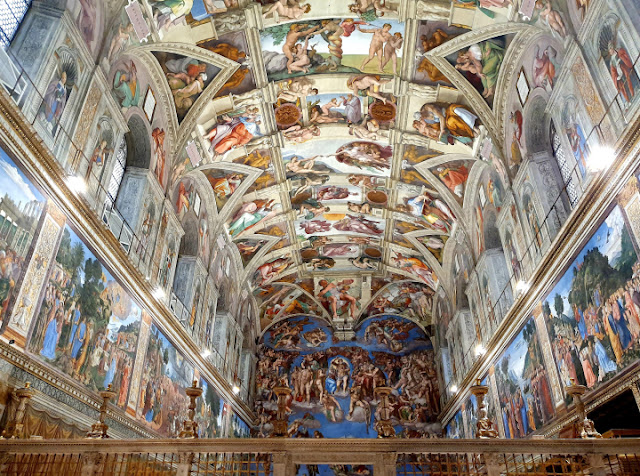 The Sistine Chapel in Vatican City (via Richard Mortel/Flickr)

To celebrate the 500th anniversary of the death of Renaissance artist Raphael, a number of his designed tapestries will return to the lower walls of the Sistine Chapel in Vatican City. Raphael, who was a rival to Sistine Chapel painter Michelangelo, will share the same space for the first time in centuries.

The 10 tapestries were each sketched by Raphael and then woven by the studio of Pieter van Aelst in Brussels. Each work depicts the Acts of the Apostles, like “The Stoning of St. Stephen and St. Paul Preaching in Athens,” according to Reuters. The tapestries are made out of silk, wool, and gold and silver thread, which have been restored over the past decade by conservationists at the Vatican Museum. The tapestries were originally erected as placeholders as Michelangelo completed his work on the Sistine Chapel from 1512-1536.

The tapestries were some of Raphael’s final works before his death at 37 in 1520. Pope Leo X first commissioned the tapestries and saw the first placement of seven of them when they were revealed in 1519. Records are scarce, but the curator of the exhibition, Alessandra Rodolfo, estimates that the last time all tapestries were displayed as a set was in the late 1500s. Since then, they are usually displayed for scant hours at a time because of the age and state of the tapestries. This rare exhibition will only last for a week, closing on February 23, before a number of the tapestries will travel on to other museums around the world in celebration of their creator.

“This place is of universal importance, not only for visual arts but for our faith,” Barbara Jatta, director of the Vatican Museums, told Reuters. “So we really want to share this beauty with people, even if only for one week.”