THE FORGOTTEN FEMALE ART DEALER WHO CHAMPIONED PICASSO AND MODIGLIANI 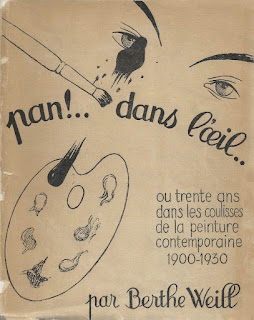 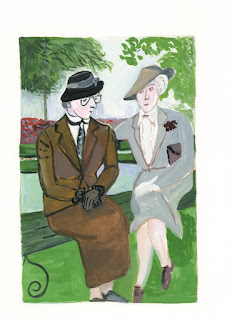 There were 4,000 francs in Berthe Weill’s dowry, and she didn’t want to spend a single one getting married. The 36-year-old Parisian had better things to buy, like pastels of bullfights by an unheard-of young Spanish artist named Pablo something-or-other. They were cheap and intriguing enough to hang at the art gallery she’d just opened, on December 1, 1901, at 25 rue Victor Massé, using cash set aside for her to become Madame someone-else. The motto she had printed on her new Galerie Berthe Weill business cards was “a place for youth,” marking her tiny shop as a home for contemporary 20th-century art, a category of art that had yet to be named.
“Berthe Weill was entirely dedicated to modern painting. It was a form of passion,” said Marianne Le Morvan, a leading Weill scholar and author of the avant-garde dealer’s first biography. “She was the only one to expose unknowns and so many unfamiliar artists, it was a very risky commercial bet.”
Weill bought, exhibited, and sold Pablo Picasso’s work before he ever moved to Paris or painted any of the works for which he’s now considered a modernist legend. “This homely Jewish spinster with spectacles thick as goldfish bowls,” as Picasso biographer John Richardson described her, exhibited the artist many times, including in a 1902 show featuring 30 early works. It was then that she sold his Moulin de la Galette(ca. 1900), now in the Guggenheim Museum collection, for 250 francs to collector and newspaper publisher Arthur Huc.
Huc made another purchase from Weill that year, a still life by Henri Matisse, for the bargain rate of 130 francs—the first-ever sale by a dealer for the young Fauve artist. Some collectors were less willing to bet on these nobodies, though. “Matisse interested [Leo and Gertrude Stein],” Weill recounted in her autobiography, Pan dans l’oeil (1933). “They didn’t dare. ‘Believe me, buy Matisse,’ I told them.” (The Steins later became major Matisse collectors, though by then, he’d moved on to a more established gallery.)
Weill exhibited these future modern art titans when no one else would, and she did so for more than 400 then-emerging artists—including André Derain, Georges Braque, Aristide Maillol, Kees van Dongen, Maurice de Vlaminck, and Suzanne Valadon and Maurice Utrillo (coincidentally mother and son). She consistently identified stars on the rise and was the first to show Georges Rouault and Raoul Dufy (among others), and the only dealer to give Diego Rivera a solo exhibition during the Mexican muralist’s roughly decade-long stay in Paris.
When she gave Italian painter Amedeo Modigliani his first and only one-man show during his lifetime, in December 1917, the police were so scandalized by the erotic nudes in the gallery window that they ordered the canvases removed. The stubborn and small-statured Weill refused, causing the officers to drag her to the station.
She was the first dealer for DadaistFrancis Picabia and OrphistRobert Delaunay. Midway through her 40-year career, she began devoting around half of her exhibitions to female artists including Emilie Charmy, Hermine David, Marie Laurencin, Jacqueline Marval, and Valentine Prax. 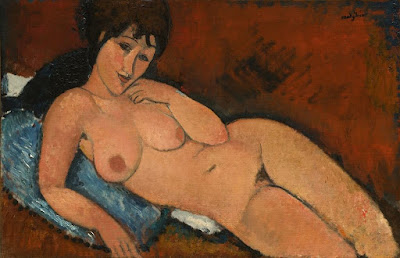 The list of artists Weill championed goes extraordinarily on, full of hundreds of names—some blue-chip, some forgotten. Between 1901, when she opened Galerie Berthe Weill, and 1941, when she shuttered the space due to rising anti-Semitism and the onset of World War II, she hosted countless shows. “We took the risk of going modern,” the dealer wrote in her memoir.
Her risk-taking was admirable, but it didn’t always pay off. There wasn’t a thriving market for artists who were just starting out—or for women artists. And the painters Weill did manage to sell weren’t reliable sources of income, either. As her artists grew higher in profile thanks to shows with Weill, they left her shop for established dealers like Ambroise Vollard, Paul Rosenberg, and Daniel-Henry Kahnweiler. These gallerists could offer stipends and the security of an exclusive contract—expenses Weill simply couldn’t afford without resorting to showing recognized, safe artists (something the prickly and opinionated dealer was against).
“Weill [was] a discoverer,” Le Morvan explained. “The first [access point] to the market for artists who are then spotted by galleries of larger sizes which offer better prices.” Weill was constantly replenishing her roster as successful artists moved to more established galleries, a pattern still playing out for scrappy and visionary dealers today.
“She’s doing something innovative and she’s in unknown territory, and it’s not easy but she’s doing it,” said Robert McD. Parker, an independent art scholar on a team mounting an upcoming Berthe Weill exhibition. The traveling show will include around 80 works that passed through Galerie Berthe Weill—though it won’t display them on clotheslines like she would do when she ran out of wall space. The exhibition will open at the Montreal Museum of Fine Arts in 2022 and at NYU’s Grey Art Gallery the following year, and it may travel to additional venues. 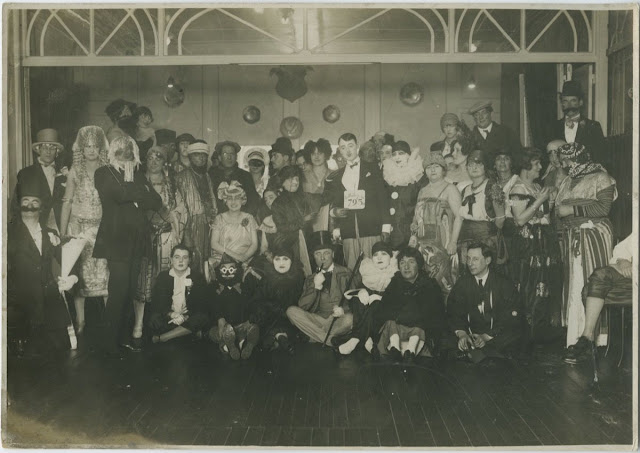 Even after the artists Weill championed moved on from her gallery, they still revered her. “They were however all very grateful to her in later years,” Gertrude Stein wrote in The Autobiography of Alice B. Toklas (published in 1933, the same year Weill published her memoir). “Practically everybody who later became famous had sold their first little picture to her.”
Weill’s art-historical credentials were impressive, but her fame never reached the level of some of her fellow Parisian dealers. She was instrumental in giving artists their starts, but the tables have since turned so that she’s rarely more than an aside in the biographies of artists like Picasso, Matisse, and Modigliani. Le Morvan first learned of Weill as an anecdote in a Picasso biography, and New York gallerist Julie Saul (who initiated the idea to mount a Berthe Weill exhibition) read about the dealer in a footnote.
“How has she slipped through art history?” asked Parker, amazed that Weill could be overlooked.
“I almost reached the conclusion that it’s somewhat anti-feminist, and it’s somewhat anti-Semitic, and she was poor, and ugly, and short,” said Saul, who also plans to translate Weill’s autobiography into English. “I just think people don’t want to know about her because she wasn’t a big success. She never made a lot of money.”
Weill’s legacy is also obscured by the fact that she left behind few records. There are no stock books or gallery archives, and almost no personal correspondence. Le Morvan has been assembling a Berthe Weill archive for over a decade, even tracking some documents down on eBay.
One of the documents Le Morvan recovered was a 1946 auction catalogue. When Weill was destitute after World War II (much of which the Jewish gallerist spent in hiding in order to escape persecution), artists and gallerists she had worked with donated more than 80 works to a special fundraising sale to give the beloved dealer some financial security at the end of her life. Weill died in her humble apartment five years later.
It is impossible to know which works were sold at this auction (the catalogue lists only artist names, no titles), but the upcoming Weill exhibition will showcase the career of a woman who spent her lifetime bringing unknown artists to the fore.
“A lot of the attention is being drawn, now, to women artists who have been overlooked,” said Lynn Gumpert, director of the Grey Art Gallery. “We’re hoping that [this show] will bring much-needed attention to the important role women have played within the art market.”
The short, drab dealer, who saw through her thick eyeglasses what barely anyone else did, lives on in the success stories of her artists. As she wrote in her memoir: “To struggle! To defend oneself! That is the story of my life!”