As leftist politics integrate into the mainstream, artists spread the word and agitate for change. 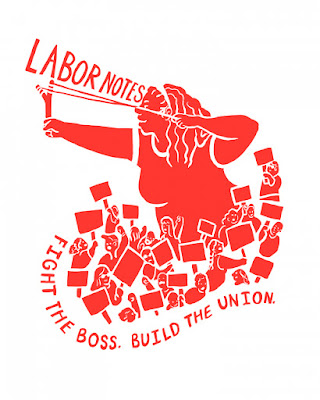 (courtesy Colleen Tighe)
New York art workers are no strangers to class warfare. In an industry of elite cliques and hierarchies, few can truly advocate for radical change from within. Many of the institutions that once offered promising careers have been exposed for their cynical, greedy motives. As such, artists are turning away from low wages and professional abuse, focusing instead on direct action. Since 2016, young activists have rejuvenated the traditions of socialist feminism and anarchism in public art. Working largely outside of galleries, they are free to openly critique the alliances of capitalism, patriarchy, and government. Functioning as instruction and aesthetic, leftist political artwork links struggles of underprivileged communities with the structures keeping them in their place. Artists popularize their work through digital media, protest materials, and printed zines — usually distributed by hand or for free download.

As left politics integrate into the mainstream, artists show how class factors into racial discrimination and cultural appropriation. Activists of all backgrounds appear with red roses on signs and literature disseminated by the Democratic Socialists of America and their many working groups. Twitter accounts for DSA National Design Committee and Artists for Bernie feature burgeoning artists like Leah Romero, whose miniature paintings place migrant workers on the White House lawn. Another design by Shira Kresch reworks a poster by Shepard Fairey, who is known for commodifying decolonial art, with the phrase “No War but Class War.”

While electoral politics offers little more than representation within existing structures, organizations like Decolonize This Place (DTP) decry the marginalizing practices of museums and nonprofits while calling for reforms such as free transit and the abolition of police. Colorful, challenging artwork appears on posters for upcoming demonstrations, most recently #FTP3 #J31. Anonymous artists display these works at bus stops and subway stations, often blending them in with signs and wall panels.

DTP regularly features up-and-coming New York artists on social media. One example, a multi-panel illustration by Reed Hexamer, details how MTA passengers can defend the homeless from police harassment. Hexamer portrays scenes familiar to any subway rider, from a crowded 5 train bound for Union Square to the Manhattan skyline at sunset, in shades of blue, green, yellow, and red. Text bubbles detail systemic causes of homelessness, tips for identifying officers, and helplines to report abuse.

Some artists draw influence from 20th-century socialist magazines like The Liberator, The Masses, and Birth Control Review. Colleen Tighe’s monochromatic illustrations appear in promotions for political organizations, books, websites, and other media. Her design for the 40th anniversary of Labor Notes features a woman pulling back a slingshot over a crowd of strikers. In a black-and-white design for the podcast Season of the Bitch, she depicts a nude trans woman wearing a crown of roses, wielding a scythe and stargazing.

JB Brager applies language and visuals from previous queer movements to contemporary issues. Their illustration ‘Mones Not Drones promotes reallocation of the military budget toward transgender healthcare. Another work shows a curvy femme kicking a can of Safariland tear gas under the slogan “We Like Our Queers Out of Uniform,” borrowed from a 1992 zine by Lesbians and Gays Against Intervention. The phrase “Reclaim Pride” appears in both, alluding to the rainbow capitalism of WorldPride.

Health and fitness factor into activism both individually and collectively. In a strength and conditioning guide, writer Mila P and artist Eros Dervishi describe and demonstrate different stretches and breathing methods for insurgents. Gender-nonconforming bodies appear in orange ski masks alongside images of protests and tributes to deceased comrades. Released by Inhabit, an online platform and publisher emphasizing practical skills to counter corporate monopolies and climate change, the guide draws a throughline between individual autonomy and collaboration to fight oppression. 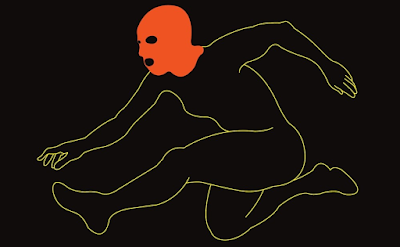 Organizer and educator Mariame Kaba periodically posts free zines of art, poetry, and prose on her blog Prison Culture. In the Lifeline Zine, she interweaves inspirational quotes from famous writers with letters and art by New York prisoners. A poem by Izumi Shikibu appears beside the painting The Roads by Joanne Armour, an inmate at Bedford Hills Correctional Facility, which has colorful streaks flowing like exotic bird feathers. This juxtaposition feels appropriate as a summation of the new left’s goals for political art: to elevate unheard voices, long silenced by greed and brute force, with imagery and symbolism that are accessible to all.