Heritage on the Edge, a collaboration between Google and UNESCO, highlights the ways that climate change threatens five existing heritage sites, including Rapa Nui, Easter Island, and Edinburgh. 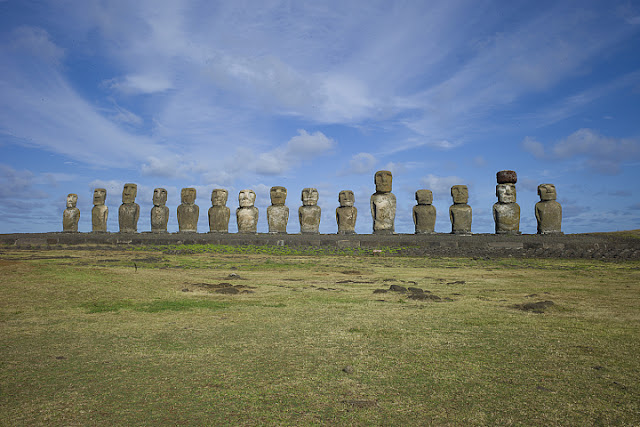 We tend to think of cultural heritage sites as needing preservation against the threat of direct human over-development, but a new online initiative, Heritage on the Edge, hosted by Google Arts & Culture, serves to highlight the ways in which climate change poses a visceral threat to five existing UNESCO heritage sites. These sites represent a mere cross-section of places of great cultural importance being affected by climate change (for example, new predictions on when Venice will become Atlantis). 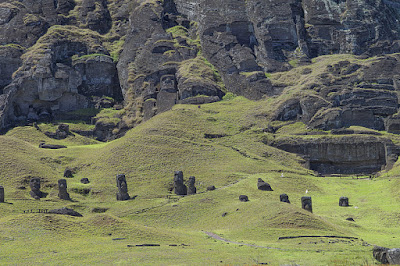 Rapa Nui (also known as Easter Island) is home to a set of astonishing stone Moai statues, which have captured the global imagination for centuries, in spite of the island’s remote location. While the provenance of some of these statues remains a battleground for bitter debates on historic colonial practices, those that remain sited on Rapa Nui now face another kind of threat: that of rising sea levels. The page focused on this site presents stunning footage of the statues and landscape, detailed information about Rapa Nui indigenous culture and history, 3D recreations of the statues, and an overview of current efforts to stabilize the climate threat to the island and its living and statuary occupants. 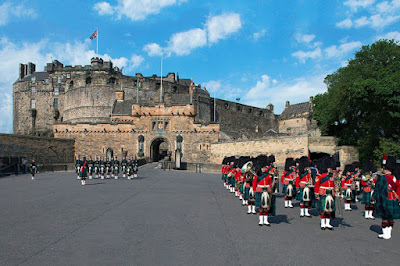 Old and New Towns of Edinburgh in 2015. (Photograph by Ko Hon Chiu Vincent)

In Edinburgh, Scotland, the capital’s Castle Rock has hosted a structure built for royalty since at least the 12th Century. Edinburgh Castle has undergone shifts in architecture and political importance over the centuries, but it remains a historic landmark of great significance, host to the Scottish regalia, the Scottish National War Memorial and Museum, and is Scotland’s most-visited paid tourist attraction. Now, erosion accelerated by frequent rains threatens not only the castle on the rock above the city but many of the historical buildings in operation in the oldest parts of the city. According to statistics cited by Google Arts and Culture from the Committee on Climate Change (CCC), Scotland’s annual rainfall has increased by 13% since 1970. Edinburgh can expect increasing issues with its outdated stormwater management systems, and increased rates of decay as the rainwater and shifts in temperature mobilizes once-static elements of the ancient sandstone composition of its structures. 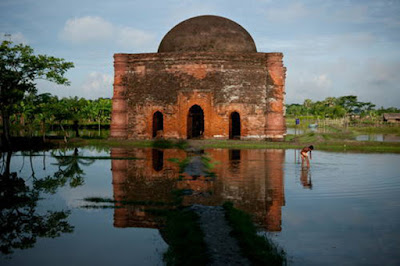 Historic Mosque City of Bagerhat in 2010. (Photograph by Amos Chapple)

Water, water, everywhere. Ancient mosques in the river delta city of Bagerhat, Bangladesh are scrambling to deal with rising flood plains that create salinity issues and water damage, beginning to encroach on medieval structures of Khalifatabad, the Historic Mosque City of Bagerhat, that have stood for 600 years. Unchecked, there is debate over whether this city, home to 360 structures (and the surrounding Bagerhat district, home to some 1.5 million), will survive another 600 years.................