ART OF ANCIENT GREECE, ROME, AND THE BYZANTINE EMPIRE. THE MUSEUM OF FINE ARTS, BOSTON

The MFA’s George D. and Margo Behrakis Wing has undergone an ambitious and exciting transformation. Together with existing spaces, five new galleries on Level 2 of the Wing create a grand entry to the Museum’s collection of Greek and Roman art—one of the finest and most comprehensive in the world—and a new home for the collection of Byzantine art. These galleries feature some of the oldest works in the MFA’s collection, yet they tell new stories, reflecting our time through the art of the past. With freshly imagined spaces that include natural light, innovative displays, interactive experiences, and immersive evocations of an ancient Greek temple and a Byzantine church, visitors of all ages can learn about the legacies of these ancient cultures and understand their relevance today. 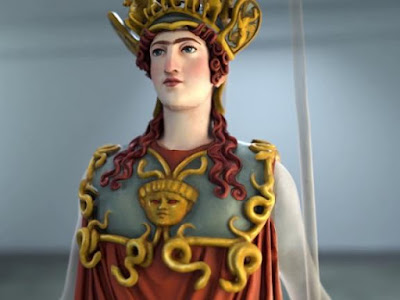 This large gallery is devoted to early Greek art from its beginnings at the end of the 10th century BCE through the Persian Wars (479 BCE). It introduces two key developments in Geometric and Archaic art—new ways of depicting the human body and the birth of storytelling—exploring them chronologically and demonstrating how the achievements of the Classical period were rooted in these innovative earlier periods. Object groupings that focus on specific city-states and regions, as well as a map with embedded artworks, expose the tension in this formative period between longstanding local visual vocabularies and new ideas and technologies the Greeks encountered as their world broadened via trade and migration. The artistic developments and techniques from this era—one of which is presented in the gallery in the MFA’s first-ever animated video, How to Make an Athenian Vase—laid the foundations for works found in nearby galleries including “Daily Life in Ancient Greece,” “Homer and the Epics,” “Dionysus and the Symposium,” “Theater and Performance,” and “Ancient Coins.”

“Gods and Goddesses” introduces visitors to Greek and Roman art through one of its most important and popular subjects: mythology. Designed as a contemporary update on an ancient Greek temple and bathed in natural light, it showcases depictions of gods and goddesses, like the MFA’s monumental Juno, and more intimate objects such as implements used for religious rituals, all dating from the 6th century BCE to the 3rd century CE. Thematic groupings of artworks explore the gods’ varied personalities and complex realms, as well as religious practices and myths that were so central to people’s lives and beliefs in ancient Greece and Rome. Through a digital reconstruction, visitors can see what the original painted decoration on a statue of Athena Parthenos looked like, experiencing how people in ancient times saw their gods in color.

Here visitors can explore the beginnings of portraiture in Western art history and the role it has played in constructing and maintaining identity—from the past to today. More than mere records of appearance, Roman portraits are visual constructions, combining likeness, character, and social status in images that are compellingly human. The use of such images for propaganda purposes and self-promotion developed in the Roman Empire. The objects on view in this gallery illustrate the range of applications for Roman portraiture—from historical documents to artworks used in domestic, funerary, and civic spaces.

This gallery is the first of its kind in New England, presenting Byzantine art from the reign of Emperor Constantine in the 4th century CE through the fall of Constantinople in 1453. Located in between the MFA’s classical and medieval European art galleries, the space and the artworks it houses reflect the transition from paganism to Christianity, the point where East met West, and the shift from polytheism to monotheism. Modeled on early Byzantine church architecture, this gallery creates an immersive experience that captures the aesthetics and spirituality of the time period, highlighted by a golden ceiling dome, the 10-foot Monopoli altarpiece, and a soundtrack of sacred Byzantine hymns.

This gallery hosts a series of rotating installations that explore how 20th- and 21st-century artists interacted with ancient art. The inaugural installation features a group of five sculptures and a painting by American abstractionist Cy Twombly (1928–2011), who was inspired by classical culture. The gallery, unique for juxtaposing an encyclopedic collection of ancient Greek and Roman art with modern and contemporary works, invites visitors to consider how artists use objects from the past to create their own legacies.