After World War II, movie studios like MGM and Paramount found themselves at a crossroads as they adapted to changes brought on by both the war and the advancement of filmmaking technology. 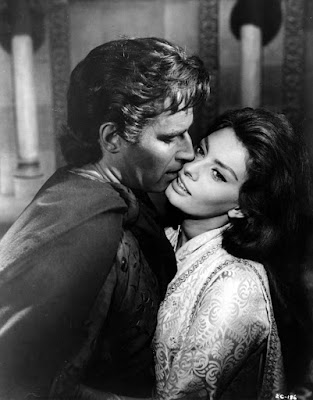 LOS ANGELES — Only 10 out of the 100 top grossing films released in US movie theaters in 2017 were shot in California, according to the most recent report by the Los Angeles Film Office.

Indeed Canada, the state of Georgia, and the United Kingdom were the top three locations for feature production in 2017. But today’s global filmmaking infrastructure is a far cry from prewar Hollywood of the 1920s and 1930s, when the vast majority of domestic features were shot in Los Angeles usually in the hyper-controlled setting of a studio soundstage.

After World War II, movie studios like MGM and Paramount in Los Angeles found themselves at a crossroads as they adapted to changes brought on by both the war and the advancement of filmmaking technology. Studios subsequently began moving production overseas and out of Hollywood. By the war’s end, television had become a common fixture in American households, which ate into film industry’s profits. One of the chief factors driving this was the fact that European governments, in a region now ravaged by war, froze the foreign box office earnings of US movie studios. By limiting how much of their foreign profits they could transfer to US banks, European governments effectively pushed the studios to spend their money in the European economy and help shore up the rebuilding effort. Thus began the ramping up of a global production apparatus that eventually laid the groundwork for the location norms in contemporary film production.

Daniel Steinhart — author of the recently published book Runaway Hollywood: Internationalizing Postwar Production and Location Shooting — refers to the studios’ move to shoot movies overseas as “runaway productions.” This summer the UCLA Film & Television Archive is programming a film series of the same name, “Runaway Hollywood: Global Production in the Postwar World,” through August 24. Curated by Steinhart, the series screens 14 classic films featuring stars like Audrey Hepburn, Sidney Poitier, and Marlon Brando that reflect this global shift in production and visual aesthetics. In addition to the classic films that serve as starring vehicles for big Hollywood actors, the series also includes films with more of an indie feel like Robert Aldrich’s Mexico-shot drama Vera Cruz.
With the current growth of the film industry in China and in European centers like London, the runaway productions of the postwar era are not too far removed from the way film production continues to evolve today, according to Paul Malcolm, a programmer at the UCLA Film & Television Archive. “We’re basically in the global marketplace of cinema. Films are being shot around the world and released around the world … so being able to contextualize this current moment and put it in historical context is something we’re always excited to do.”

Here are three takeaways from this period of film history that have had an enduring effect on contemporary cinema.

Location Location Location
A key side effect of the increase in overseas production was the emergence of “authenticity of place” as a fixture in mainstream filmmaking, says Steinhart. For example in the 1953 box office hit Roman Holiday starring Audrey Hepburn and Gregory Peck takes place around some of Rome’s most famous historical landmarks like the Colosseum and the Piazza Venezia. In an earlier period, Roman landmarks would have been constructed on a set by highly skilled craftsmen, but shooting Rome for Rome elevates the story and opens up greater possibilities in cinematography and directing. This also spurred protest from the labor unions of skilled craftsmen, as there was less demand for their intensive set-building work as in the past.

The Wide Shot in Color
The emergence of the runaway production coincides with some key advances in filmmaking technology. Shooting in color became the standard during this postwar period as well as the use of cameras like the Panavision or the Vistavision that could produce increasingly high fidelity images in the realm of modern filmmaking standards. And the advancement of wide shot technology allowed for massive scaling up of the image without sacrificing rendering quality.
For example, the three-hour long 1961 historical drama El Cid — starring Charlton Heston and Sophia Loren — with its epic medieval battle scenes are the kind of scenes that Hollywood would execute through visual effects. But in this time period, the film could only be shot on location to get the same kind of massive scale effect. The film was shot in Spain at four of the country’s oldest castles and also in Rome, and the film’s sense of place bursts through the frame. 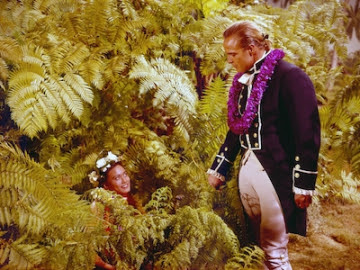 This runaway era also saw some of the first big-budget movies that we’ve become accustomed to in today’s franchise-heavy film landscape. The Marlon Brando-starring period piece Mutiny on the Bounty had a $19M budget in 1962, which would amount to about $160M today. Shot on location in Tahiti, the production included the first custom boat built of its kind to replicate the version of the Bounty sailing vessel in the film, which is set in 1787.

With shooting locations that included England, Italy, Egypt, and Spain, the Elizabeth Taylor-led film Cleopatra had an estimated $44 million budget which amounts to around $370M in current dollars. The film took two years to shoot and remains among the most expensive films ever made. The runaway budgets of these runaway films led to the studios scaling back production overseas, but the Los Angeles monopoly on Hollywood film production never returned to prewar levels.

Runaway Hollywood: Global Production in the Postwar World continues at the Billy Wilder Theater (10899 Wilshire Blvd, Westwood, Los Angeles) through August 24. Curator Daniel Steinhart is scheduled to introduce the August 18 screening of Mutiny on the Bounty.