10 STRIKING MOMENTS IN PHOTOJOURNALISM THIS MONTH

Jacqui Palumbo
This month, the world has turned its attention to the Amazon rainforest as wildfires have rapidly spread over the course of three weeks, due in part to continual deforestation practices, verging on a global environmental crisis. In Hong Kong, protestors have continued to rally against Chinese influence through mass demonstrations, while Moscow residents have staged their own protests in the name of fair elections. Photographers have captured these major events but have been present for smaller moments, too, from the birth of two white lion cubs in France to a picturesque alpine opera concert in Italy. We present 10 striking photojournalism moments in August. 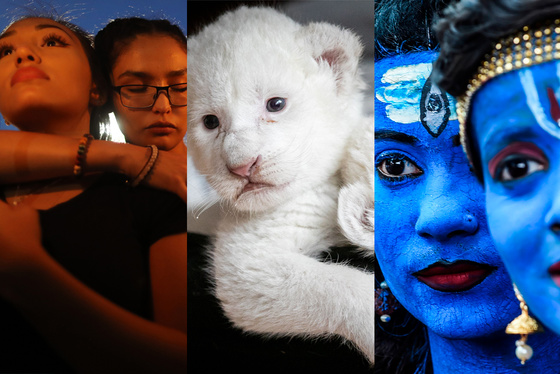 On August 25th, Victor Moriyama took this aerial image of smoke billowing from the burning Amazon rainforest, near Porto Velho, Brazil. The country’s National Institute for Space Research reported an 84 percent spike in wildfires in Brazil this year, with over 70,000 fires breaking out in the Amazon region alone.

August marked the third month of mass protests in Hong Kong, which began in June in response to a proposed extradition bill that would afford the Chinese government more power in the autonomous region. On August 25th, Chris McGrath took this image of protestors in gas masks and tennis rackets, which have been widely used to defend against police officers with tear gas...........................