The acclaimed documentary that aims for a slot on the Academy’s shortlist will have to get there without a credited director. Here’s why. 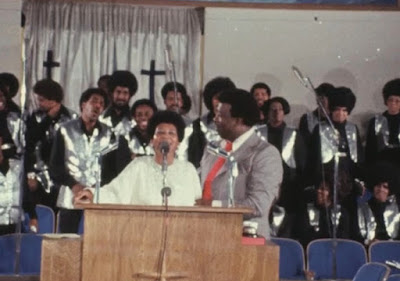 Producer Alan Elliott has been nothing if not dogged in his pursuit of finishing and releasing Sydney Pollack’s 1972 documentary “Amazing Grace.” But until now he has not told the whole story about some of the wrangling that went on behind the scenes in order to get the movie made.
Back in 1972, a year after their massive hit “Woodstock,” Warner Bros. exec Ted Ashley set out to produce another music documentary with the help of Pink Floyd producer Joe Boyd, director of music services at Warner Bros. So Boyd set out to find someone to shoot the Aretha Franklin concert movie in Watts, which required someone who understood how to shoot multiple cameras with sync sound.
Boyd wanted to hire James Signorelli as his director of photography, who shot “Super Fly” and went on to shoot the first 35 years of commercials for “Saturday Night Live,” until Ashley talked up the planned Aretha Franklin documentary with Oscar-nominated “They Shoot Horses, Don’t They” director Sydney Pollack, who was shooting “Jeremiah Johnson” at the time. He wanted to direct it. 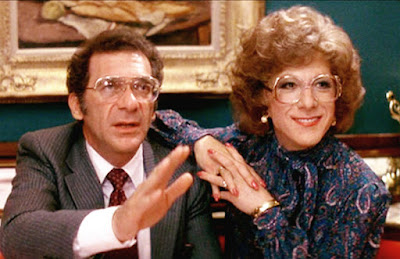 Boyd tried to talk him out of it, but let go of Signorelli. And Pollack, who had never made a documentary before and was still editing “Jeremiah Johnson” at the time, used four 16 mm cameras to capture the legendary concert when Franklin recorded her Grammy-winning, double-platinum gospel album “Amazing Grace”.
Unfortunately, none of his cameramen knew how to sync audio and video. In those days, a clapper made it possible to sync image and sound at the top of every 10-minute reel. Over two nights of filming at the New Temple Missionary Baptist Church in Los Angeles, four to five cameramen shot around the auditorium without clappers, creating thousands of pieces of film. Pollack and his editors tried to sync up the footage, but there were no reference points. Even for people familiar with the music, it was impossible.
Pollock went on to take “Jeremiah Johnson” to Cannes and to make Oscar-winner “The Way We Were” with Barbra Streisand and Robert Redford, not to mention “Tootsie” and “Out of Africa.” His career was on fire. Meanwhile, Boyd never heard from him again, as the unedited “Amazing Grace” sat in cans for 40 years.
“This explains the anger of Aretha Franklin,” said Elliott. “She was really upset that she was promised she was going to be a movie star, was going to make the follow-up to “Woodstock” with her father’s band and choir. And Warner Brothers screws it up. That’s why she never wanted the movie to come out. Her contract was not just Atlantic Records, but also with Warner Bros. Films. It was a tri-party agreement with a promise that she would become a movie star.”
In 1988, Elliott obtained rights to the movie and Pollack wrote Franklin to tell her he wanted to finish the documentary. Pollack died in 2008, and that’s when Elliot made it his passion project. Finally technology made it possible to sync up the sound.
It took 43 years, but Elliott completed the film. As he supervised the editing of the movie with Michel Gondry editor Jeff Buchanan (“Dave Chappelle’s Block Party”), which needed to be assembled from unedited and bits and pieces, he spent eight years dealing with Pollack’s estate. Elliott and Buchanan supervised the film’s editing, the Reverend James Cleveland’s narration and the non-chronological Broadway musical story arc. Elliott was in L.A. and Buchanan in New York, but the editor would send the day’s work to the producer to look at overnight and send back notes. In the end, they met in New York and finalized the edit. And the sound mix was enhanced just four weeks ago by Beyonce’s sound mixer, who flew up from Miami to Deluxe Labs.

Franklin cared deeply about this concert, which captured her in all her youthful gospel-singing glory, and she was legendary for wanting control: Selling distribution rights was contentious. According to the film’s producers, Franklin would accept money for marketing and promoting the movie — but she still wanted to retain the rights. Lionsgate was on board to release the film in 2015 until the courts granted Franklin’s lawyers an injunction to stop the scheduled world premiere at Telluride. The legal team also stopped a subsequent screening at Toronto, as well as a Telluride showing the following year, on the grounds that Elliott still needed Franklin’s permission to release the film.

And three years ago, the Pollack estate asked Elliott to take Pollack’s name off the film. Which he did. He came up with his final credit: “produced and realized by.” “Alan Eliott painstakingly did what a director should do — craft a movie that moves audiences and gets them out of the seats cheering and clapping at the end,” wrote Boyd in an email.

Over the past five years, as Franklin battled illness, Elliott became friendly with Sabrina Owens, the executor of Aretha Franklin’s will. After her funeral, with the family’s assent, they closed a deal to partner and hold onto the rights in order to retain more leverage in a distribution deal. Franklin’s estate has a big piece of the movie.
Now, after decades of setbacks both technical and emotional, after Franklin’s long illness and death from pancreatic cancer on August 16, Elliott clinched a deal with her estate to release the movie and booked two theaters in New York and Los Angeles to qualify for the documentary Oscar. Distributor Neon will book the film in more theaters in 2019. And audiences are flocking to see the film. (The shortlist will be announced December 17.)