AN EVENING OF MUSIC, FILMS, AND POETRY ON CLIMATE CHANGE

Four Corners Media will present “Sea Change” — a night of art and activism in Brooklyn in which groups like Extinction Rebellion and Fridays for Future will discuss their plans in the fight for climate change. 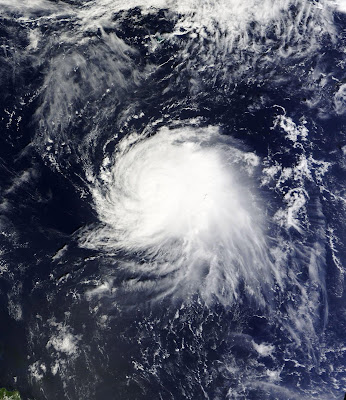 On one side of the spectrum, it’s Jair Bolsonaro turning the burning of the Amazon rainforest into a pissing match, and in the other, its efforts like viral 16-year-old activist Greta Thunberg’s sailing trip to New York. Regardless, climate change has become, rightly so, one of the biggest news stories of our time. One  museum event in Brooklyn will dedicate an evening to discussing the nuances of the topic with artists and activists this month, “Sea Change: The Climate Crisis, a collective call to action.”
Presented by the documentary group Four Corners Media, the goal of the event, organizers say, is to “inspire, foster connections, and build momentum and energy” for the upcoming Global Climate Strike (September 20-27) as well as later events by the activist group Extinction Rebellion, who will also be part of the event. Discussion topics will touch on coastal communities and the rising seas, microplastics, melting ice caps, and the burning Amazon rainforest. The first two hours will include presentations and action plans from the groups Extinction Rebellion, Fridays for Future, and NY Youth Climate Strike, with the main program of talks, films, music, poetry, art to follow. To reserve tickets (a $20 suggested donation, free for those 18 and younger) and see a full rundown of participants, see their schedule at the Four Corners Media website.