THE LOUVRE WILL TRAIN REFUGEES AS MUSEUM TOUR GUIDES. 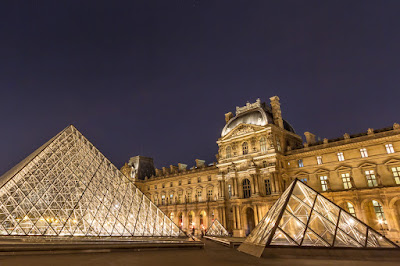 The Louvre will train refugees as museum guides in the latest project inspired by an award-winning Berlin program called Multaka, or “meeting point” in Arabic.

The Paris museum’s Islamic art department is in discussions about the proposed initiative with Alwaleed Philanthropies, the foundation of billionaire Saudi businessman Alwaleed Bin Talal, which gave the museum an undisclosed sum of money to redesign its Islamic art galleries. The galleries reopened on Tuesday, and now include a new temporary exhibition space, more immersive displays, and multimedia labels.

The Berlin initiative was launched in 2015 by Berlin State Museums and the German Historical Museum. Through the program, trained refugee guides from Syria and Iraq give museum tours in Arabic, English, or German. The project proved to be so popular it inspired a similar program at two museums in Oxford—the Pitt Rivers Museum and the Museum of the History of Science. The Art Newspaper reported last year that the Berlin project’s leaders were in discussions with the Louvre and the Museum of Modern Art in New York.

The talks with the Louvre seem to have been fruitful, as the museum’s Islamic art department and Alwaleed Philanthropies are currently discussing how to adapt the Berlin Multaka program to a French context and the priorities of the Louvre. Although the foundation previously donated €23 million ($28 million) toward creating the Islamic art department in 2005, the current project dates to 2017, less than two years after the 2015 terrorist attacks in Paris for which the Islamic State claimed responsibility.

Yannick Lintz, director of the Islamic art department at the Louvre, told The Art Newspaper:

As director of the Islamic Art department, I was asking myself how culture can contribute to a better knowledge of Islamic civilization so people don’t think Islam is only terrorism. [. . .] It was a very sincere dialogue [with Alwaleed Philanthropies], not only a business dialogue, with a shared vision of the importance of education.
The Louvre currently has a free admission policy for refugees and asylum seekers, and the trained tour guides may give tours in more languages than just Arabic and French. The museum expects to announce further details about the project in 2020.