Esteemed fashion photographer Peter Lindbergh, often credited with the rise of the supermodel, died Tuesday at the age of 74, as announced in a post on his official Instagram account Wednesday. 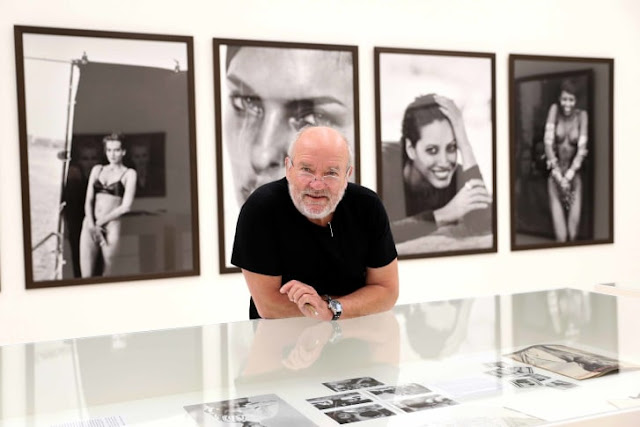 The prolific photographer was known for his firm stance against re-touching. In the introduction to his 2018 photography book "Shadows on the Wall," he wrote, "It should be a duty for every photographer working today to use his creativity and influence to free women and everyone from the terror of youth and perfection."
"It is with great sadness that we announce the passing of Peter Lindbergh on September 3rd 2019, at the age of 74," the post on his Instagram read. "He is survived by his wife Petra, his first wife Astrid, his four sons Benjamin, Jérémy, Simon, Joseph and seven grandchildren. He leaves a big void."
Born in Leszno, Poland in 1944, Lindbergh grew up in Duisburg, Germany. After studying at the Berlin Academy of Fine Arts and the Krefeld College of Art, he turned to photography after buying a camera to capture his brother's children.
He opened his first studio in Dusseldorf in 1973, before moving to Paris to work for Vogue. His January 1990 cover shoot for British Vogue, featuring Naomi Campbell, Linda Evangelista, Tatjana Patitz, Christy Turlington and Cindy Crawford, is considered by many to have launched the phenomenon of the supermodel. 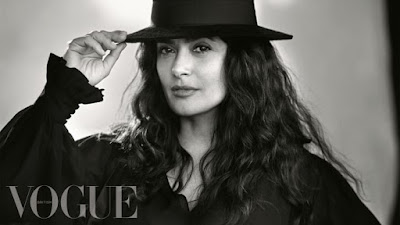 Lindbergh went on to shoot three Pirelli calendars, in 1996, 2002 and 2017, photographing actors including Lupita Nyong'o, Helen Mirren and Uma Thurman.
His famous subjects also included musician and actor Tina Turner, model Kate Moss and dancer and choreographer Pina Bausch.
Before working on Meghan, Duchess of Sussex's guest-edited edition of British Vogue, he photographed her for the cover of Vanity Fair in 2017. Earlier this year, he shot musician Rosalía for the cover of Vogue España, as well as model Gigi Hadid for Vogue Arabia.
Lindbergh eschewed airbrushing in favor of honesty in his photography, telling CNN in 2016, "The first rule of beauty is truth."
"When you look in the magazines, the women have no experiences or any marks of a past or of anything...and they are totally wiped out and washed out and I think that's insane," he said. "That dream of perfection and that dream of forever young is a ridiculous thought."
Model Claudia Schiffer, who was repeatedly photographed by Lindbergh, told CNN over email: "Peter grew up not that far from me in Germany. We understood each other immediately. His contrast photography, black and white pictures often reminded me of the Ruhrpott area."
He was an amazing family man, always positive and gentle," Schiffer continued. "Never played games -- he was straightforward and honest. He loved women and made everyone look beautiful. I will miss him."
Lindbergh's friends and colleagues also expressed their sadness on social media. Linda Evangelista wrote on Instagram that she was "heartbroken," adding, "R.I.P. my Peet."
Tim Blanks, editor-at-large of Business of Fashion, shared a 1989 Beatles-inspired photograph Lindbergh took of Ulli Steinmeier, Lynne Koester, Cindy Crawford and Linda Evangelista.
"If they had faces back then in The Golden Age, they had photographers too," he wrote. "How do you pick a favourite Lindbergh image? This was always mine. His 1989 update on the Fab Four was so droll, so sexy, so COOL. But I could have chosen a hundred...a thousand more."
https://edition.cnn.com/style/article/peter-lindbergh-dead/index.html