THE BAALBECK INTERNATIONAL FESTIVAL IS THE OLDEST AND MOST PRESTIGIOUS CULTURAL EVENT IN THE MIDDLE EAST WITH A HISTORY THAT SPANS SIX DECADES.

The Festival was launched in 1956 when the President of the Lebanese Republic, Camille Chamoun, announced its creation. Initially the Festival was an official government institution managed by people on a mission to promote culture and tourism in Lebanon. They aspired to nurture an enticing artistic environment rooted in cross-cultural exchange. They also strove to establish a unique setting for innovative performances by local, regional and acclaimed international talents. Soon the Festival became an annual highlight on the calendar every summer, gaining an international reputation and attracting big names on the music, theatre and dance scenes. 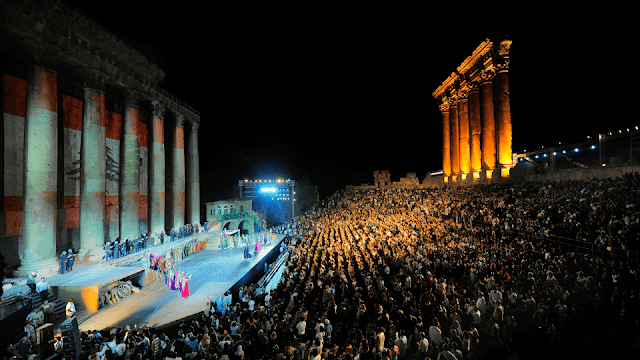 Amidst the magnificent ruins of the temples of Bacchus and Jupiter, The Baalbeck International Festival has enchanted generations with world class plays, Lebanese nights, operas, music concerts (classical music, pop, jazz and more), and dance (modern, classical and folkloric). Over the years this incredible historical setting has witnessed world premieres and exceptional performances. The Festival has always been committed to its role as a patron of the arts and an example of this is the opening of a drama school in 1966 to promote Lebanese productions for the stage. Today The Baalbeck International Festival continues to showcase the arts, project a positive image of Lebanon to the world and work towards a better country through the power of culture and tourism.

In 2016, we celebrated 60 successful years of the Baalbek Festival thanks to the determination of our team, carried by the support of the friends of the Festival. We achieved a program that will be in the annals of the history of the Festival. The national and international press covered our cultural and touristic activities, praising the importance of cultural resistance and noting the effectiveness of security measures.