The revelation came to light on BBC's Who Do You Think You Are?
BYJAMES DRAPER
He is one of the UK's most enduring actors. 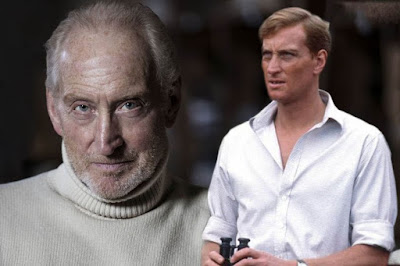 But Charles Dance couldn't hide his emotions when he took part in a recent episode of BBC's Who Do You Think You Are? - where he learned some shocking family secrets.
Specifically, the critically acclaimed Game Of Thrones star was informed he had two secret sisters who were born almost 50 years before him.
In addition, he learnt that his father, Walter, was a Boer War hero aged more than two decades older than he originally thought.

Charles Dance is the latest celebrity to appear on Who Do You Think You Are? (Image: Splash)
Clare Balding in "no doubt" her MP great-grandad was gay when male homosexuality was illegal after TV documentary

Dance, 70, could be seen getting teary in a preview clip of the lineage show, which researches celebrity heritage.
Previously, Dance knew very little of his father, who died in 1949 when he was just a boy.
Records showed that Walter, known as WD, was 25 when he volunteered for military service in 1900 – making him 26 years older than Dance had believed, and aged 72 when the star was born.
Walter served with the Royal Fusiliers in the Boer War, which saw him awarded a medal of honour.
"It's rather extraordinary to know that here in my seventieth year, I am only finding out about all of this now. There is something about this that I do find quite moving," Dance told military historian Peter Donaldson.
Actor Charles Dance attends the "Game Of Thrones" Season 4 New York premiere at Avery Fisher Hall, Lincoln Center on March 18, 2014 in New York City
The acclaimed star was moved to tears after learning of his family's secret past (Image: Getty)
From Byker Grove to OBEs: Ant and Dec and the friendship which has spanned nearly three decades
His next of kin was listed as wife Louie and daughter Norah, who was born on December 11, 1898, making her Dance's half-sibling and 48 years his senior. 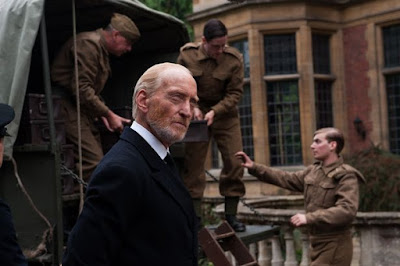 "I have a sister, I see, right. I have to say this is quite moving, because I know so little," he said in response, choking up.
He was then informed of a second half-sister, Mary, born in 1903, who tragically died aged five in a building site accident.
Visiting the West London home where she died, he said: "It is overwhelmingly sad and I don't think, as a parent, that one would ever get over something like that."

Pictured in The Imitation Game, which told the story of Alan Turing (Image: Black Bear Pictures)
Starring in 2014's Dracula: The Untold
A veteran actor of stage and screen, Dance - who typically plays assertive bureaucrats or villains - began his career in 1974's The Inheritors before hitting the big time 10 years later with The Jewel In The Crown.
Since then he has starred in a host of Shakespeare's works for the RSC, while also appearing in movies ranging from The Imitation Game to sci-fi franchise instalment Alien 3.
He also plays Tywin Lannister in HBO's fantasy epic Game of Thrones.
His next projects include Euphoria opposite Alicia Vikander and Godzilla: King of the Monsters with Millie Bobby Brown, both of which are expected to be released in 2019.
Dance's episode of Who Do You Think You Are? will be screened on BBC1 at 9pm on July 6.