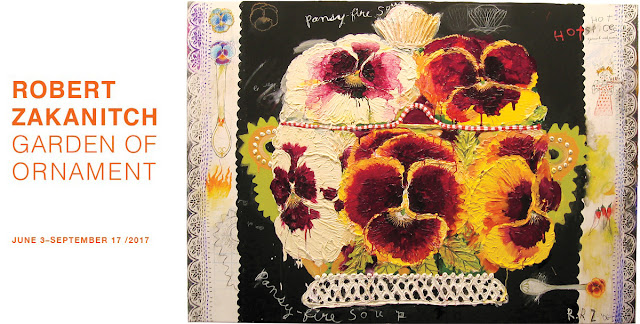 For 50 years Robert Zakanitch has explored color, line, and form with acrylic, watercolor, and gouache in artworks that are as ravishing as they are witty. Though his imagery varies—from abstract decoration to birds, angels, even author Jane Austen—Zakanitch has turned, again and again, to the shape and color of flowers to project these painterly motivations. 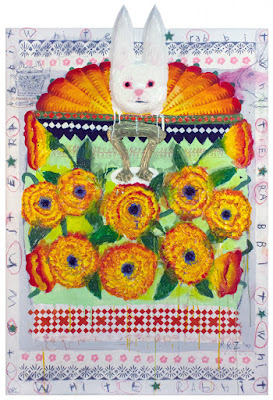 In the mid-1970s, he became one of the founders of the Pattern and Decoration movement, a form of art inspired by graceful patterns of home furnishings traditionally associated with femininity. Rather than “art for art’s sake” that guided many artists from the late 19th century through 1960s Minimalism, Zakanitch embraced pattern for pattern’s sake while never losing sight of the fact that he was creating a painterly work of art. 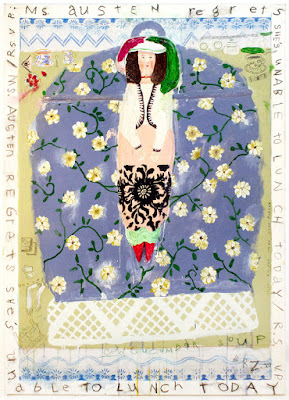 Garden of Ornament focuses on Zakanitch’s shift from strict patterning to looking to the real world for inspiration, as witnessed in his monumental 1980s Platter series: “I started doing paintings that were influenced by the linoleum floors we had as kids—these big roses, and mostly flowers, and all these curlicues. I wanted to go in just the opposite direction of ‘less is more.’” Other paintings reveal his desire to convey the qualities of nurturing and civility through the decoration of objects associated with the home.