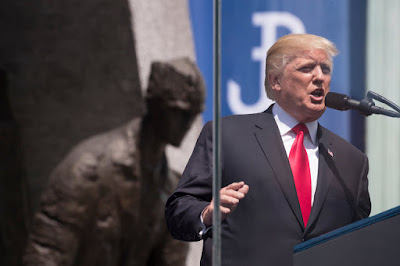 It was appalling to hear Mr. Trump invoke the Western musical tradition in furtherance of his Islamophobic agenda. Equally depressing, though, has been the rush of music critics practically tripping over themselves in attempting to distance those remarks from the image of artistic egalitarianism carefully cultivated in the popular and academic musical press over the last few decades.
Anthony Tommasini’s article struck me as a particularly egregious example of this obsessive anti-elitism: a well-intentioned but ultimately unfortunate phenomenon for the long-term health of American classical music.
There can be no question that using Western art to belittle other cultures will further alienate the general public, but so too will the idea that what we do is no better or worse than any other cultural offering.
We need not swing from one extreme to the other, and if we do — if we accept, as Mr. Tommasini suggests, that “Eleanor Rigby” “is just as profound as Mahler’s ‘Resurrection’ Symphony” — we’re digging our own professional graves. After all, who would voluntarily sit through an 80-minute, or even a 30-minute, symphony if one could have an equally profound experience with a two-minute pop song?
I appreciate Mr. Tommasini’s and others’ willingness to speak out against Mr. Trump’s co-opting of Beethoven et al., but we need to be careful that, in doing so, we don’t slide into the same anti-intellectualism and petulant relativism that led to his election in the first place.